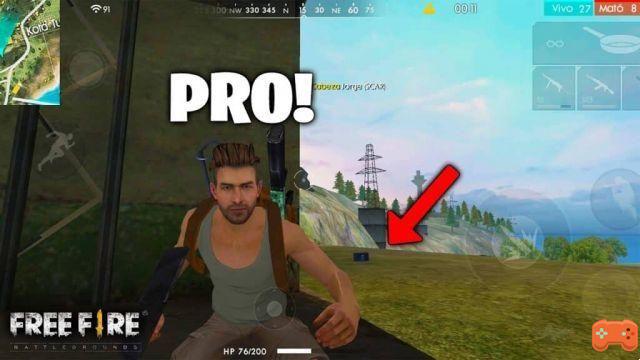 Adam is the first male character in Free Fire. And, according to his biography, it is believed that he is the first man to walk the earth, and that he can change the tone of his skin at will to suit his environment and increase his chances of survival.

Keep in mind that there are no auxiliary data about him, neither his origin, nor his age, nor his date of birth, only that, in contrast to the rest of the characters, he is the only one, as well as Eva, who does not have useful abilities. in the games. If you want to know more about Adam Free Fire read on!

Due to the lack of official information on this character, the community has created innumerable stories about his origin, much has been speculated if he is truly the first man on Earth, that is, exactly the same Adam created by God according to the origin of creation in the Abrahamic religions, or if it only refers to the fact that he was the first programmed character, or the one who walked the game field for the first time.

Since he doesn't have any specific skills, most players underestimate him and quickly forget him, preferring to spend diamonds to acquire another class of characters. However, the most intelligent players in the game, or those who see the game as more than just a competition, they usually use Adam to have fun fulfilling challenges or proving that he is not a completely useless character.

The best players in the community, as well as the biggest Free Fire influencers, they use him to win games, taking advantage of the fact that the person who employs Adam is normally considered to be a novice, always managing to amaze with “hit and run” strategies.

It is also used as a basis to compare how advantageous the abilities of the rest of the characters are, such as, for example, checking if Alok is faster, or if Kla's blows are really more powerful, in the same way that equate how fast the healing process is in Maxim when he eats.