All About Brookhaven Neglected Health Center 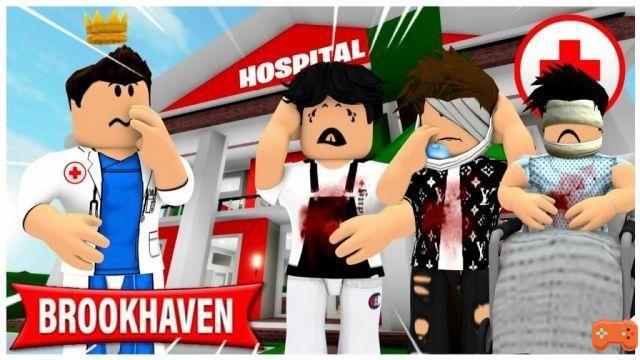 If you want to know all about the neglected Brookhaven Health Center, pay attention now. Many mysteries, pleasant experiences and fun you find in Roblox. But, there is also the dark side or urban legends that are gaining strength every time a player attests to supernatural acts.

¿What is the real story of neglected hospital?

Many assert that the legendary story of the health center is part of a fantasy, but the reality is another. This health center does exist and the most amazing thing is that it has exactly the same name, it is called "Silent Hill". And everything is the same, the front, the runners and of course it has a history of specters behind it.

Well, at least that's the boast. The Brookhaven authors have made no statement asserting this theory, despite all indications that the assumptions are sound. Nor, the company has said that scary things happen; however, the players assert the opposite.

It is stated that this site was experimented on with humans and the pain, the macabre of the results and the fear of the patients little led to its closing.

Many players are intimidated just by seeing the front of the old health center in Brookhaven, and it is not for less it is very frightening even more when you know that anything can happen.

The bravest players have entered and lived a supernatural experience that is scary, but not to run away. However, there are some players who are not afraid of this place and have explored it at night.

Some are still stunned by what they have seen. A few claim that a specter appears at 3:33 in the morning and runs through a part of the health center. Many will claim that it is an avatar that makes a joke, if so, why does it do it every night? If you want to find out, go to the health center at that time and see this awful character in detail.

Is it going to be true? Since, we don't know. You can enter and review what happens. Enter and tell us about your experience and we will gladly share it.

Each and every Free Fire Car ❯

add a comment of All About Brookhaven Neglected Health Center