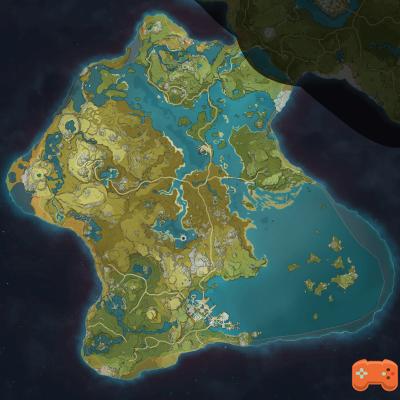 Geoculi are the second type of Oculi in Genshin Impact. These significant resources can be used to rank up Statues of the Seven, giving you some pretty big stat boosts and benefits.

Geoculus can be found in the Liyue region of the game, and they can be used to rank up Statues of the Seven that are in the same region. While it's certainly not essential to find them all to get a powerful party, the rank up benefits of the Statues of Seven are definitely worth it, as it's one of the ways to increase your stamina.

Geoculus will appear in the world as large golden objects that float in the air and look like ornate crystals. Much like other Oculi, they will be very easy to obtain and very difficult to obtain, often involving climbing and gliding.

The map above will show you exactly where they all are, using Genshin Impact's Interactive Map. You can use the interactive map to zoom in and get a better view of exactly where each one is, though they're pretty common in the Liyue area, and not really hard to find using the minimap. When you're near them, they'll be marked on the minimap with a small six-pointed star icon, so they're very hard to miss once you know their general location.

How to Open Cecilia Garden in Genshin Impact

Where to find Mist Flower Corolla in Genshin Impact

Genshin Impact Web Event, how to participate in the Demon Tales event?

How to Use Promo Codes in Genshin Impact

add a comment of All Geoculus Locations in Liyue – Genshin Impact