Among Us: what is the release date of Hide and Seek, the new game mode?

At its output, Among Us hadn't really made a splash and the developers already had their eyes on a second installment. But following a second wave brought by streamers, the game exploded. So plans changed. The developers decided to cancel the release of a second game to improve the experience of the first.

Since then, we have had the right to a lot of new things. What made the headlines was, for example, the release of the new card, but this is not the only novelty. Besides, if you haven't started the game for a while, chances are you'll come across a whole bunch of new options. Well, now you can play with your friends with a brand new game mode, Hide and Seek !

How to play Hide and Seek on Among Us?

The first thing that should be seen is what this Hide and Seek mode is. Said like that, it may not mean much to you, but once translated, we realize it's a game of hide and seek.

This new mode was announced during the Game Awards ceremony on the night. The idea is very simple. One of the players must play the role of the villain and will have to succeed in flushing out all the others who will have hidden in the different maps of the game to try to escape him.

A new game mode, but which therefore remains in line with the basic game, since the villain will have to kill all the teammates. These are therefore new hours of fun that present themselves in perspective for the players. It remains to be determined when will the mode be available in game? 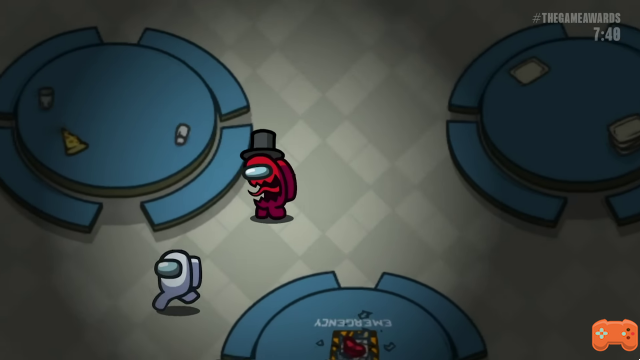 Well, the good news is that after the trailer showed during these Game Awards, it was announced that this one will be accessible starting today, December 9! However, be aware that at the time of this writing, it is not yet available. It should therefore arrive in the evening, or else at night, InnerSloth not having communicated the exact time of arrival.

Final Fantasy Crisis Core Manor Chest Code, how to get the combination in Reunion? ❯

add a comment of Among Us: what is the release date of Hide and Seek, the new game mode?