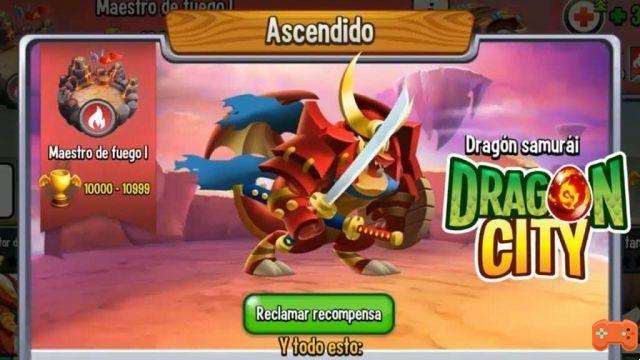 The sands in «Dragon City» are the classifications of the PVP battles (Player vs Player), these are unlocked from level one and depending on the level of the dragons we have, they assign us one for the first time. These are based on the elements of each dragon, that is, if we use a dragon with exactly the same element of the arena, it will be strengthened and will achieve more advantages over our opponents such as greater damage or extra life, managing to have our opponent in very bad shape. state of fighting

How many arenas are there in Dragon City?

In total there are two arenas counting from the beginners to the war arenas. Its result starts from beginners, earth one earth two, fire one fire two, sea one sea two, nature one nature two, electric one electric two, ice one ice two, metal one metal two, darkness one darkness two, light one light two and to finish the war arena where we can only play with war class dragons. As its name indicates, each arena has a factor and the bearer of it will be favored (heroic dragons are not left in certain areas).

In "Dragon City» To advance from the arena we will need trophies, they are earned by defeating other dragon masters in battles. They are reflected in the trophy icon on the island below our level and in the pvp arena. If we have not entered the game and a player has attacked us, we will see an outstanding window where they will tell us if we win or lose the battle, in the case of winning they will add the total number of trophies that appear to us, otherwise we will see how many we have lost (this can cause the degradation of one arena to another; eg from sea 1 to fire two).

In the three highest arenas of Dragon City, every three weeks the trophies are reset so that we all have different chances to achieve the privilege (teacher of teachers) and at the same time win exclusive dragons including the rank rewards.

How to Have Legendary Dragons in Dragon City

How to Add Friends in Dragon City

How to Get Heroic Dragons in Dragon City

How many Dragons are there in Dragon City?