Armored Core VI Fires of Rubicon release date, when is the reboot coming out? 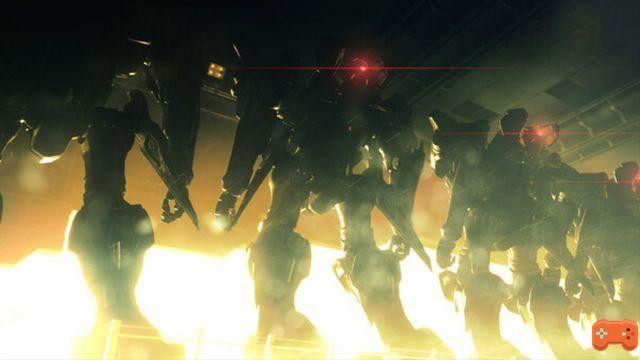 A first trailer has been unveiled and reveals that the game will be called Armored Core VI : Fires of the Rubicon and that it will be available in 2023 on PlayStation 4, PlayStation 5, Xbox Series X, Xbox One and PC on the Steam platform.

What is the release date for Armored Core VI?

For now, we don't have not the exact date. However, we know that it is planned for 2023 We should have more information next year.

Armored Core is not a new license for FromSoftware since it already has several titles to its credit. Nevertheless, the developer had not released an Armored Core game since 2013 and the title Armored Core: Verdict Day on PlayStation 3 and Xbox 260.

It was Hidetaka Miyazaki who provided the initial direction of this project, before giving way to Masaru Yamamura.

We had previously heard rumors that a new Armored Core game was in development. A Reset Era forum user said he saw footage and an early gameplay video as part of a consumer survey.

The project will see the light of day in 2023 on PlayStation, Xbox and PC!

WoW Dragonflight crafting command bug, why is it under maintenance? ❯

add a comment of Armored Core VI Fires of Rubicon release date, when is the reboot coming out?