Blue Protocol release date, when is the game coming out? 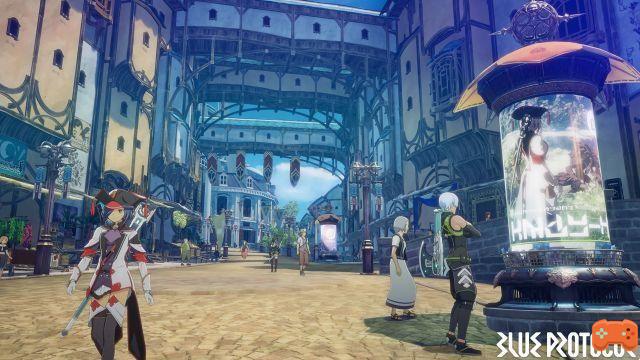 Asian RPGs have always been a big hit with European and American audiences. Among the plethora of games of this type that will be released this year, we are going to be interested in an MMORPG-Action developed and published by Bandai Namco, Blue Protocol.

Soon, an adventure awaits you on the continent of Magna. You will visit there in particular Asterliese is a major city of the region, located at the southern border of the Plains of Asteria. In Blue Protocol, your class depends on the weapon you choose, allowing you to adapt without changing the character you have created. If you are eager to play this new game, it is announced for 2023

When is Blue Protocol coming out in Spain?

You should know that basically Blue Protocol was only intended for the Japanese market, but following the enthusiasm of Westerners after participating in the beta, Bandai Namco changed its mind. The studio will eventually bring the game to Europe and therefore obviously also to the Spain.

For the moment, this MMORPG does not yet have a precise release date but Blue Protocol will be available for free download in the second half of 2023. So we shouldn't be able to play for the title before spring of this year. Of course, we'll let you know when an official date is announced par Bandai Namco.

What is Blue Protocol?

Blue Protocol is an MMORPG-Action in which you can create your character, choose its appearance and its class. When released, the game will allow you to choose from 4 classes. As Genshin impact, the title will be a free-to-play and therefore you will not need to spend a penny in order to discover the fantastic world of the game.

Finally, you should know that some players were able to test the game duringa closed beta that took place in March 2020. If you want to know more about the game, you can watch the announcement trailer below.

Blue Protocol will be available for free download on PC (Steam), PlayStation 5 and Xbox Series X|S.

Prime Gaming Lost Ark, how to get the free packs? ❯

add a comment of Blue Protocol release date, when is the game coming out?