Bring back AC Valhalla secret beer, how to complete the quest? 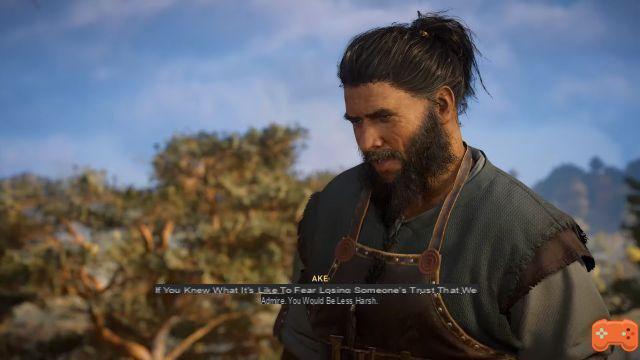 Bring back AC Valhalla secret beer, how to complete the quest? Along with the Yule Festival in Assassin's Creed Valhalla, a new quest named "The Missing Beer Case" has been added. Find out how to launch and complete it in this guide.

Assassin's Creed Valhalla has a fairly wide range of quests but new ones have been added with the Yule Festival which is available until January 7 within your colony of Ravensthorpe.

Among these new missions, there is one called “ The case of the missing beer whose principle will be to find the secret beer. Find out how to launch and complete this temporary mission.

How to complete the quest "The case of the missing beer" in Assassin's Creed Valhalla?

First of all, you will have to meet the prerequisites for having the Yule Festival in your colony, namely having formed an alliance.

As soon as this is done, you will need to own Brewery within Ravensthorpe and travel there to see it upside down. Alwin will then tell you that Tekla went on an errand and gave the place to her apprentice, Ake.

You will therefore have to find Ake to find out more. As soon as you find it thanks to the mission marker, he will tell you that it was Saxon bandits who did all this damage and that they stole barrels. However, he will challenge you to face him before returning to what is most important.

See you now at the Ubtech camp and search the big hut to find the secret beer and once it resumes, join Ake by the river.

You will recieve 140 Yule tokens as a reward and Ake will be an available opponent for the wrestling tournament.

If you want to know more about this quest, you can check out the video below from Fredericma45.

Audio Video Bring back AC Valhalla secret beer, how to complete the quest?
Fortnite Raptors, where to find the dinosaurs in season 6? ❯

add a comment of Bring back AC Valhalla secret beer, how to complete the quest?