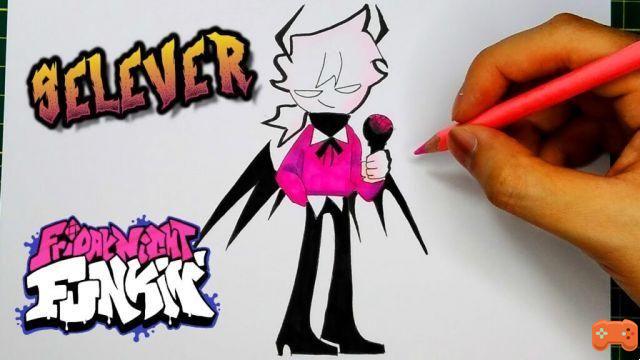 Simple friday night funkin drawings are a reality, you just have to take into consideration the following tricks and/or recommendations.

Recall that Friday night funkin or also known as FNF is a game of the musical type where its protagonists are out of series. And for being in trend or supremely positioned, we have decided to release resulting data for simple friday night funkin drawings.

For example, Boyfriend or the beautiful Girlfriend are considerably simpler drawings and easier to make. Compared to Daddy Dearest, Mommy Dearest, Pico, or the exact same Monster. Due to the fact that these last characters obey considerably more elaborate and complex designs due to the number of lines and/or strokes that they imply.

What is the top of simple friday night funkin drawings?

Given that Bob's appearance is really simple, since it is a character that has a somewhat round face where aspects such as the eyes and mouth are easy to draw. Since they are not very expressive, in the same way that his torso is cone-shaped.

In this sense, the only complicated thing that "Bob from FNF" has to draw is his left hand with which he grabs the microphone. However, it is not something of the more there.

Next, we find the Boyfriend himself, who is one of the FNF characters that is simple to draw.

To begin, focus your attention on drawing the area of ​​his gaze, that is, eyebrows and eyes, and then continue with the mouth and tongue. Continue drawing the outline of the face, revealing one of his somewhat pronounced or protruding cheeks. And at the end project in large size the fingers of the hand with which the microphone is not held so that you divert your attention to drawing the visor.

Next, he draws his shirt with his own logo, pants and shoes and leaves the hand with which he holds the microphone last. Since this is one of the areas of the drawing that deserves more detail and dedication.

Now, to draw Girlfriend in the same way, start with the area of ​​the eyes and mouth, continue with her torso, legs and shoes. Well, her long hair represents one part of this simplest character to draw. Cheer up! Cheer up! With these tips, you can draw the top 3 simple or more basic friday night funkin drawings to sketch in this entertaining game.