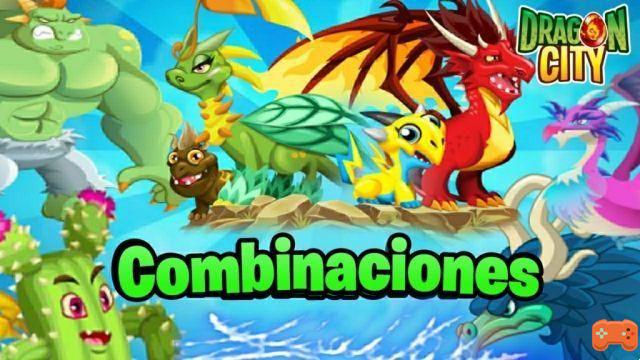 «Dragon City» is a game that contains an enormous plurality of dragons to collect as well as an extensive plurality of combinations to achieve as we wish, eliminating the methods of purchases and gifts.

Each of the dragons contains different combinations to get it, although unfortunately not always and at all times it is a hundred percent chance, this brings a lot of luck and a series of successive attempts to get it out, maybe we have it on the first try or who knows maybe I can play the fifth.

The best combinations in Dragon City

Dragons in Dragon City are divided into classes: Legendary, Epic, Extremely Rare, Rare, Common, Ancient, and Breeding Sanctuary. Here we are going to leave you one of the most powerful dragons of each class and the most convenient combinations with the highest percentage of probability of obtaining them.

For the legendary history class in Dragon City, the combinations that we are going to be able to find are very powerful. In addition to this, they offer a great synergy between the two dragons allowing them to deal more damage and effects in battle. Possible combinations with AIR DRAGON are:

In the epic class, the combination is made with the Double Primary Dragon. There are certain combinations that help to achieve a huge performance in battle. Some of them are:

The rare class Dragon City includes a very special dragon named Tesla. This character is one of the most powerful in the game and in addition to this, it allows you to combine with other dragons in order to achieve more effective battle effects. The combinations that we will find are:

Within the strange class, the most used dragon is the Archangel. This character has few combinations, but the ones that are are great to get the most out of him on the battlefield

In the common class of dragons in the game, one of the most powerful is the Water Lily. This can be combined with dragons of its classes to have a really strong team in the level. So here is a list of his possible combos.

How to Increase the Tip in My Café ❯