Dead Island 2 Hell-A Edition, how to pre-order the Collector? 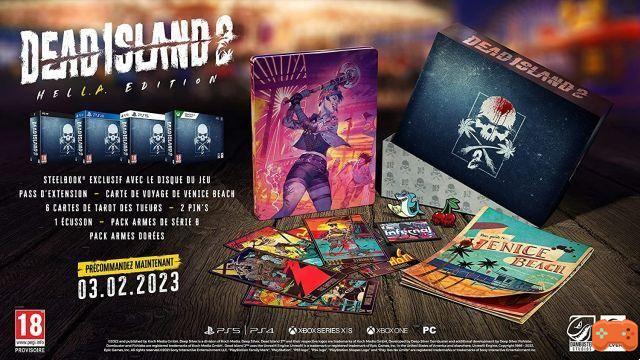 Dead Island 2 is undoubtedly one of the most anticipated games in 2023 and as for the previous game of the license, Deep Silver has planned a collector's edition for the title.

Some people are also wondering how to pre-order the HELL-A Edition and if this is your case, pre-orders are open on most of the usual online stores.

Where can I pre-order the HELL-A Collector's Edition of Dead Island 2?

A few days ago, Deep Silver released a new trailer (source) which allowed players to discover a bit of history and gameplay, but also the HELL-A collector's edition. This collector's version contains:

The HELL-A edition of #DeadIsland2 is available for pre-order!

For those who would like to pre-order this Collector's Edition, well, you can go to classic online stores like Amazon (source), Micromania (source) or even Fnac (source). It is to highlight that the HELL-A edition is available for 99,99 euros on consoles and 89,99 euros on PC. Finally, we remind you that Dead Island 2 sort le 28 avril 2023 sur PC, PS4, PS5, Xbox One et Xbox Series X/S.

Update 1.12 on Elden Ring, what does the patch bring? ❯

add a comment of Dead Island 2 Hell-A Edition, how to pre-order the Collector?