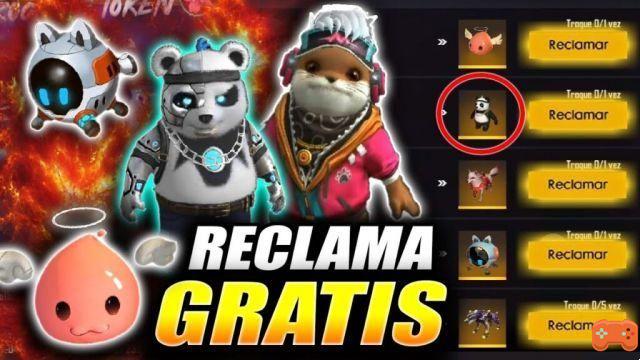 The moment you enter this game and jump out of the airplane, it is always ideal if you do it with a company. In such a case we talk about pets. Keep in mind that pets were introduced by Garena to create stronger connections between players and Battle Royale.

Initially, pets emerged as a companion factor, and given their acceptance, they evolved to add skills, little by little more decisive in the development of the game. so you know what they are all the pets of Free Fire You must continue reading this article! Since, shortly we are going to give you a list of certain pets that you will find.

All Free Fire Pets and Their Abilities

During this Free Fire game we have been attacked while using a first aid kit, also when we are in a vest repairman, we have even fallen into mines that the opponents leave in vest repairmen.

Thanks to Moony when we equip her we will have a 35 percent damage reduction while we heal, repairing or carrying out any kind of interaction, this will give us more possibilities to react and survive against the opponent's attack.

In all medium-range battles it is not possible to use the grenades that are equipped, since the launch of these explosive instruments has a certain distance, by furnishing Bestion as a pet, the launch distance of any type of grenade will increase significantly, in this way they can surprise and attack the opponents.

During the games any kind of advantage that can be had over the opponents can represent victory, for this reason it is that draki It shows on the map where the opposing players are located while they are using first aid kits, so it is easier to notice them and ambush them, without any doubt it is one of the best pets in the game.

This is one of the best pets that has the most decisive ability in the game. A large part of the success of a game depends on a good fall; the speed when falling that gives us Falco it can ensure that we reach a weapon or shelter first.

During battles, gloo walls can save players' lives, either to take cover from enemy shots or to use medkits to recover health points, by equipping Theft as a pet, the gloo walls are going to have an auxiliary protection so that they don't break as fast and so the players can take more shelter.

Each and every Build a Ship for Treasure Mission ❯