Final Fantasy XVI, how to pre-order the game in collector's edition, deluxe and standard?

Players can already pre-order different versions of the game on the official website. We tell you the versions available for the editions and how to pre-order the game.

Here are all the releases announced for Final Fantasy 16 so far: 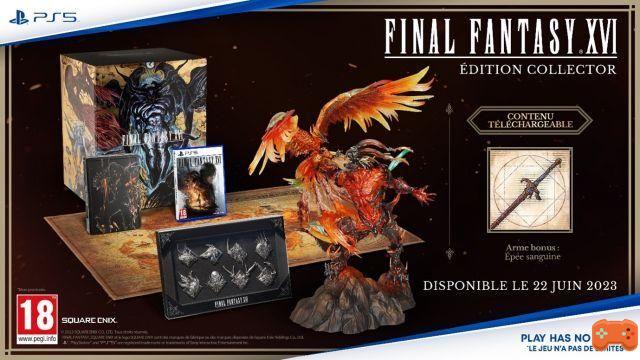 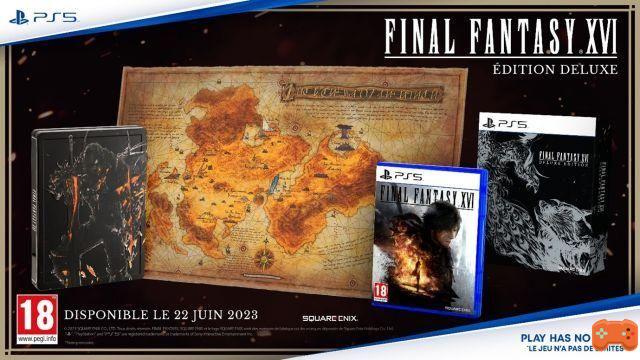 Here are the bonuses you will get by pre-ordering the game: 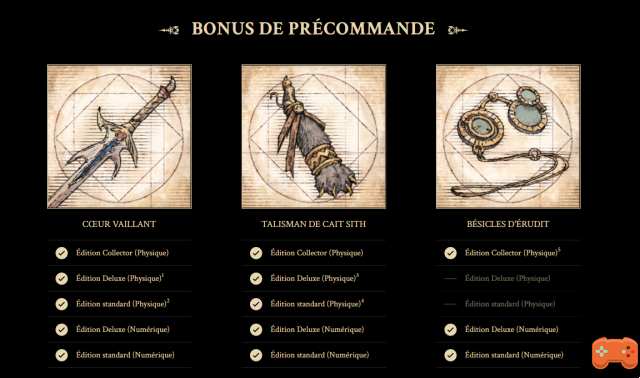 Announced two years ago at a Playstation conference, Final Fantasy 16 will be released on June 22, 2023 on Playstation 5.

A new trailer, accompanied by a release date, was revealed during the Game Awards 2022:

Final Fantasy XVI is a single-player action RPG exclusively for the Playstation 5. Embodying the character of Clive Rosfield, the player will have to evolve within the world of Valisthéa, divided by dark political issues.

If you like the Final Fantasy license, know that the next game to come is Final Fantasy Crisis Core Reunion which will be released on December 13, 2022. This remake tells the story that takes place before Final Fantasy VII and highlights the character of Zack.

add a comment of Final Fantasy XVI, how to pre-order the game in collector's edition, deluxe and standard?