How Much Does Each Mythic Anime Fighters Cost 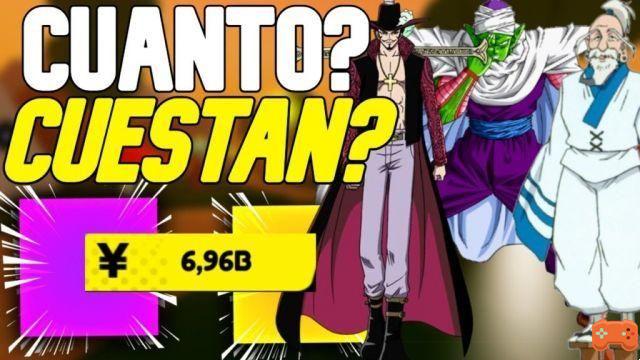 The mythical in the Anime Fighters games in Roblox they are characters with a high level of powers, which greatly increase the chances of doing tons of damage; so ignoring the quest for as many mythics would reduce the effectiveness of your battle team.

How Much Does Each Myth Cost in Roblox Anime Fighters

Obtaining the mythical ones may seem difficult, due to the time that must be invested to achieve them between each of the different islands that the game offers, being able to invest minutes, hours and even days; as well as, on the other hand, the high cost of each of the characters. To acquire these characters part of the time, the money must also be taken into consideration the stars that appear in the levels.

The cost of each mythical will increase according to the power levels that the character has and also on the island that you acquire it; The first islands offer the mythical ones at affordable costs, once you progress through the game and consequently the levels of the islands, the characters require a greater investment.

Value of each mythical of Anime Fighters Simulator

Next, the value of each mythic will be found in detail and on which map or island they can be achieved. Once you choose the island you must teleport to it and start the search there:

Anime Fighters is based around the collection of characters, one of the biggest challenges offered by the game is to achieve throughout the experience on each and every planet, the mythical fighters. These are some of the strangest characters that can be found on the islands and at the same time one of the most powerful with whom you can fight; while allowing their damage levels to thrive.

When you have a mythical character, he is part of the team and he will always be attacking the opponents that are in the way with the abilities he has.

How much does the Plus cost in MeepCity ❯