How to Get Diamonds in Dragon City 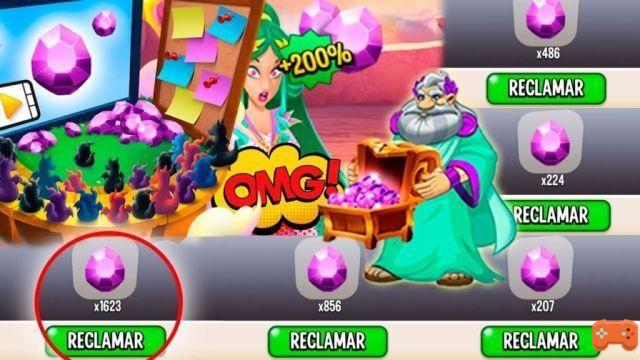 The diamonds in «Dragon City» do not exist, we may know them as gems. Gems are the paid currency of the game, so in order to get them you have to buy them in the game or win them in rewards, these help us to acquire everything that we want in the game such as food, dragons, suppress the times of expect from quests or other activity like building upgrades or constructions and exactly the same upgrade of each and every dragon and enchantment.

Always and at all times taking into account the authorization of our parents at the time of acquiring an object in "Dragon City" as a form of payment. There have been many cases where there are no permissions from our clients causing the return of the gems purchased along with the money, what happens is that if we have already spent the gems there will not be a refund, or maybe there will be, with the account under suspension until the outstanding debt is paid in «Dragon City».

How to Get Diamonds in Dragon City

Without a doubt, it is much better to get things on time instead of acquiring gems, if we are one of the players who need something and immediately want it, it is only enough to acquire things with gems. As previously mentioned, we can get them through payment, but there are also other ways such as recruiting new players, missions, coalition chests, and both league and arena battles.

Another procedure to achieve gems is the work section of «Dragon City”, by trying new games and doing what they ask us, we will get the gems as a prize, as a general rule these come in a reasonable amount. So it is not to worry if we do not have money and we want some gems for our planet of dragons, with these methods we will be able to get them completely free of charge, we also have the possibility of requesting help from our friends so that they cooperate with us with a small amount of gems through gifts.

How to Get Heroic Dragons in Dragon City ❯

How to Strengthen Dragons in Dragon City

Which is the Strongest Dragon in Dragon City?

add a comment of How to Get Diamonds in Dragon City