How to Get Free Gems in Dragon City 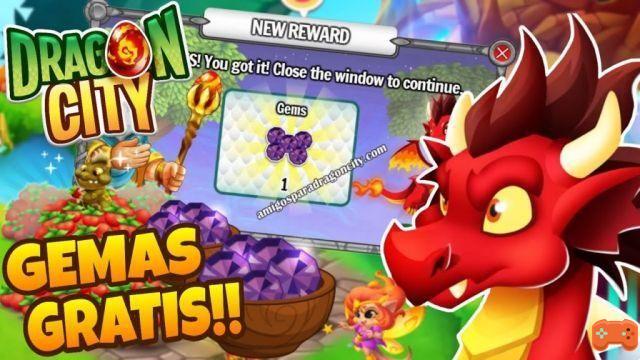 Nowadays, a different procedure has not been discovered or found than the ones that already exist that allow you to get this kind of things faster and easier, but if there are ways to get them that would be leveling up, which is the safe way that we are going to Go try to win free gems in the game.

They can also be obtained by winning in the coliseum of Dragon City that can be used a couple of times a day, which would then be 4 gems a day in a free and entertaining way.

How to Get Free Gems in Dragon City

Filling the pages of the book of dragons that essentially the only thing you have to have is the most dragons, for each completed page you are rewarded with two to ten gems, participating in championships, actively participating in events that come out.

In the dragon stadium we can create it ourselves and carry out battles and fights with your creatures and for each combat it will reward you with two gems and other benefits such as gold, you can ask a friend of yours for gems if you are in trouble. Inviting your friends to install the game and among many more ways to get this kind of rewards and benefit from them in order to improve little by little more and have considerably more chances of winning combats, battles and pvps.

Already mentioned before, the simplest and safest way to get minimally free gems is to advance in the game little by little and with patience since it will reward you the more you advance in it, and this would be the procedure that 100 percent cent of the players of “Dragon City” you already know and today it continues to be applied and put into practice, it is highly doubted that it will implement some object and another way of obtaining them since from what is seen and what is in the game it would be too much to exploit this procedure.

How to Get Free Clothes in Free Fire ❯