How to have more space in Bee Swarm Simulator 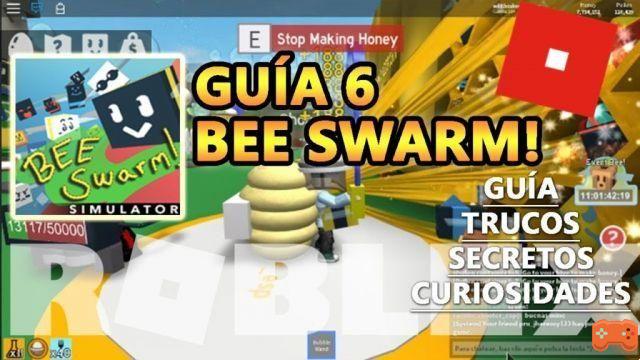 If you want to know how to get more space Bee Swarm Simulator You have to know that it is your lucky day, because we have prepared for you an extensive article in which we explain in detail how to do it. Now, bee swarm simulator is an enjoyable game where the player of Roblox You must collect large amounts of resources.

However, it has a limit on its capacity so you can't save much, but calm down! for the fact that we are going to educate you on how you can do it without inconvenience. In addition to this, you will not only increase your capacity, you will also get better stats, be it more movement speed or attack strength and you can get many other things as well.

How to have more space in bee swarm simulator?

However, achieving them is not going to be easy since some of them have a very high cost, but you only have to start with the most attainable. For example, the backpack is a small bag that you can buy in the apprentice shop and it only offers three thousand five hundred capacity, which It has a value of five thousand five hundred honey, but you can acquire better tools like the ones we are going to introduce you to.

How to have more space in bee swarm simulator in an easy way?

As previously mentioned, to have more space in bee swarm simulator you only have to achieve or acquire better tools or items, so we are going to educate you on certain of the names of the best tools if you want to have more space:

How to have pets for free in Adopt Me ❯