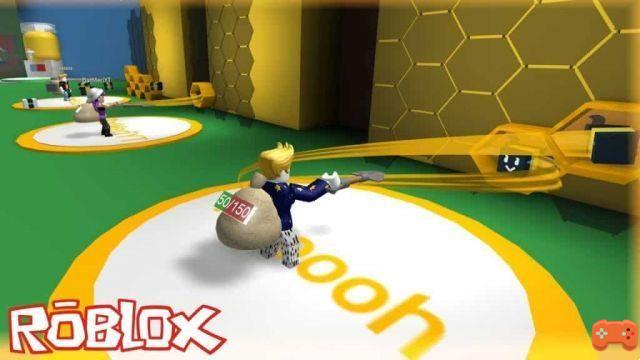 If you want to know how to jump higher Bee Swarm Simulator you are in the right place! Well, we have a short article in which we are going to teach you how to do it. To start, you should know that in bee swarm simulator there is a wide variety of tools and some of them help the player to Roblox to progress your stats like jumping, which we're going to talk about today.

Now the jump in each and every game is essential as you can dodge things and achieve objects or places which you cannot reach. Therefore, today we are going to teach you some easy tricks so that you can jump higher using certain tools, which we will mention later, so let's not waste any more time and let's start!

How to jump higher in bee swarm simulator?

Although, you must take into consideration that if you are new to the game it will not be easy to achieve them, since they have a high cost. On the other hand, you can complete certain missions which can help you achieve large amounts of honey and other precise items, so you can acquire beekeeper boots, coconut clogs or gummy boots, which are the precise tools.

How to jump higher in bee swarm simulator in an easy way?

As we previously stated, there is no code or setting to help you jump higher on bee swam simulator, but if there are tools that help you do it, the ones that we are going to let you know right now:

How to Play MeepCity ❯