How to Kill in Brookhaven 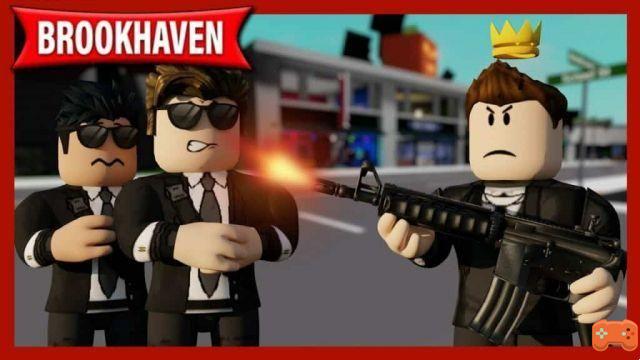 Roblox has a peculiarity in its games and that is that the characters are immortal. Y Brookhaven It is not the caveat, and even the game itself tells you that this action cannot be executed. However, it can be used in specific circumstances.

There is no auxiliary trick in the game to kill a character in Brookhaven because the essence of the game has nothing to do with killing. However, there is a way to proceed to make this game of Roblox.

But you have to be careful about the fact that your opponents will also be able to apply the exact same technique with your avatar.

How do you Kill in Brookhaven to a character?

If a character did something bad to you or harmed you with their actions, there are ways you can take action on that player. In case you have to do it as a defense mechanism.

But what is the first thing to do to be able to kill in the city? In such a case you must already have a house since it allows you to kill stealthily.

There you invite the avatar to come visit your residence. Once the player is there, display the interaction menu and press the red button to limit the actions of that character on the property.

At that moment the avatar falls to the ground as if it had died, but it is really only disabled for a while or "resurrects", and will be able to appear in another place. It is for this reason that in practice it is as if you have killed him.

Reasons why “No Kill” at Brookhaven

There are many reasons to consider annihilating an avatar in Brookhaven de Roblox by a part of another player. And consequently this fact interferes in a negative way in your game.

And among the consequences of killing, you can be penalized, be persecuted by the authorities and even suffer discrimination or rejection by other players.

It is for this reason that it is not an option to virtually kill another player, even when you do it as a legal defense for attacking your relatives, or for invading your space in your residence to steal.

Remember that if you see yourself harmed or harassed by another player, you always have the option to ban or report.

How to be an Admin at Brookhaven ❯

add a comment of How to Kill in Brookhaven