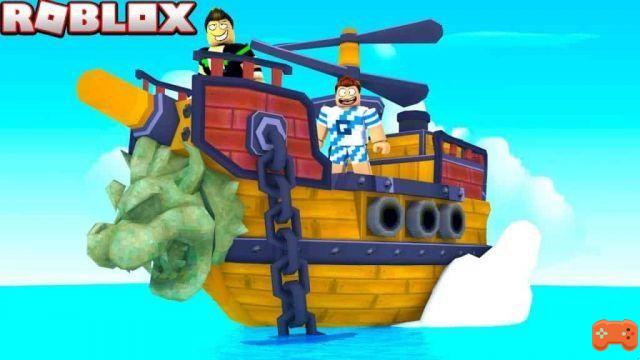 The main idea of ​​the game Build A Ship For The Treasure in Roblox, as its name says, is to build a ship to navigate the oceans facing all kinds of challenges and get the treasure at the end of the game. At the beginning of the game we can only build a small ship as we have few blocks and gold pieces.

At the beginning of Build A Ship For Treasure, we will be assigned a small number of blocks which are enough to build a small ship. That is why on certain occasions certain players join together to create a larger ship.

But if we want to build a large ship we are going to need countless blocks, and for that we are going to need gold. In the Build A Ship For Treasure game we have multiple options to earn blocks. It can be done by doing the listed quests which can be found on the Quests icon in the game.

In this way we can create a ship of enormous dimensions, with which we can reach the end of the game.

How to Make a Lemonade Stand in Adopt Me ❯