How to Make a Crew in Blox Fruits 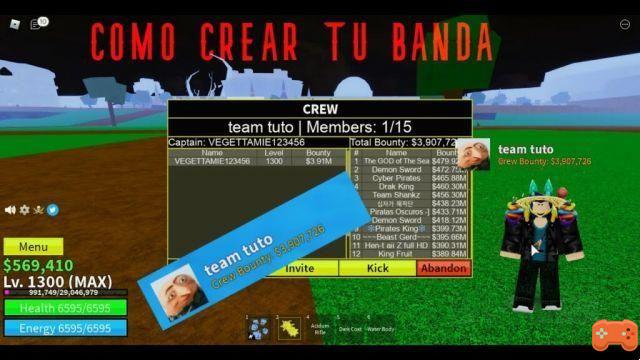 The players of Roblox that they start in Blox Fruits and choose the option to be pirates, they will be able to create their crew or belong to one. How to make a crew in Blox Fruits? Since the main thing is to be at level three hundred or higher, and your crew can be only one member.

OUTSTANDING: Discover How to Get SuperHuman in Blox Fruitsthe click on the button

How to make a crew in Blox Fruits Roblox

Any player who starts Blox Fruits in pirate mode will be able to create their crew. For this he must meet a series of essential requirements:

Characteristics of the crew in Blox Fruits

When you create or form a part of a crew, both the captain and the members of exactly the same, will be able to view the following information on the screen:

How to Find Kurama in Shindo Life ❯