How to play Bee Swarm Simulator 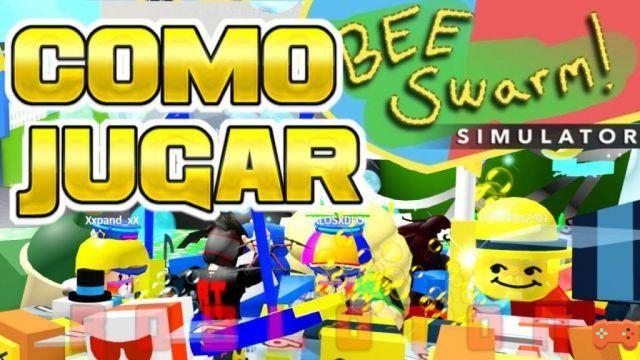 If you want to know how to play bee swarm simulator you are in the right place! Well, we have prepared a brief summary, in which we explain in detail how it is played, what the purpose of the game is and everything related to this game of Roblox. So, if you want to learn everything about this awesome and entertaining game, so let's get started!

Bee Swarm Simulator is a game of the simulator genre, in which users can create their outfits, weapons and much more. In addition to this, this entertaining game was recognized as one of the best roblox games, it has also raised its popularity levels among users, both streamers and gamers.

How to play bee swarm simulator?

To learn how to play beee swarm simulator just read on! First of all, in this game you must create your swarm of bees, you must also collect resources such as pollen and honey. Also, you must complete missions to raise the level of your bees, since there are six kinds of bees, each one better than the other.

Now, the main point of this game is to get as many bees as possible, whether they are common, strange, mythical, legendary, epic and stars, you must get strong bees so that they can fight against opponents and bosses. Likewise, you must chat with the NPCs who are the bears who are going to give you missions and great rewards.

If you do not know how to play bee swarm simulator stop worrying! Due to the fact that we are going to teach you a series of very simple steps with which you will know everything you have to do in the game and thus you can learn how to play without any problem:

How to Play with Friends in Dragon City ❯

add a comment of How to play Bee Swarm Simulator