How to Send Gifts in Dragon City 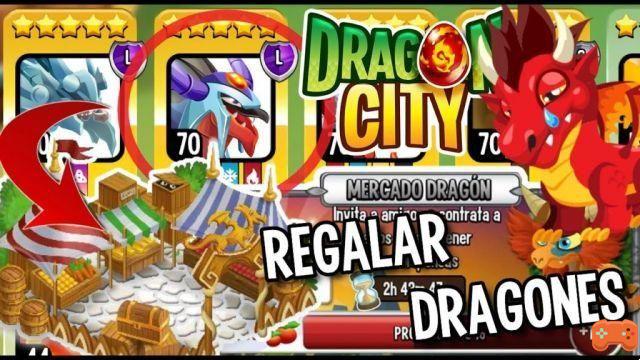 Nowadays it does not exist and there is no possibility to send gifts to our friends in “Dragon City”, this alternative was removed from the game already a few years ago, but the developers had their reasons why they removed this alternative.

At the beginning of this option being incorporated, you could give and send many things including dragons, gold, among others. Depending on which device you played on, to serve as an example if you played on PC you had, so to speak, a limited number of gifts such as eggs or dragons directly, on the other hand if you played on a mobile device you could send gifts as many times as you wanted .

How to Send Gifts in Dragon City

There was a very special alternative in the game where gems could be sent to friends, we had to acquire gems and at that moment an option panel jumped so that we could choose which friends we were going to give the number of gems chosen to acquire, more this was removed. There were in his time many kinds of scams by youtubers and content authors of “Dragon City”, So together they removed the gift options for each and every one of the devices where the game was free.

This option was loved and loved by our community with it we were able to assist friends with low levels or who had just started playing, but a way was immediately discovered by hackers to take advantage of this and not only by part of the hackers if not also from a part of exactly the same players.

The strategy was that they created multiple accounts so they could earn free rewards and progress considerably faster than normal. There was also an alternative to get prizes if we sent gifts or invited friends to log in to the game, to which the SocialPoint company took measures for this kind of abuse and removed in past updates each and every one of these options that today already they are not free and are only remembered by old players.

How the Bank Works in Pet Simulator X ❯

add a comment of How to Send Gifts in Dragon City