Is it possible to build a gaming PC on a budget? Second-hand markets can help you

Building your first PC is a real challenge, from buying the right parts to understanding how they work. However, building a PC is easier than you might think, and there is plenty of material on how to do it. While the library of PC building knowledge is vast and easily accessible, PC spare parts require a large budget. Truly ? We all want a shiny new PC, but sometimes that's not what our wallet can handle. That's why buying spare parts from second-hand marketplaces like Eneba can save your life, because you can find GPUs, RAM and other spare parts cheap and in good condition. 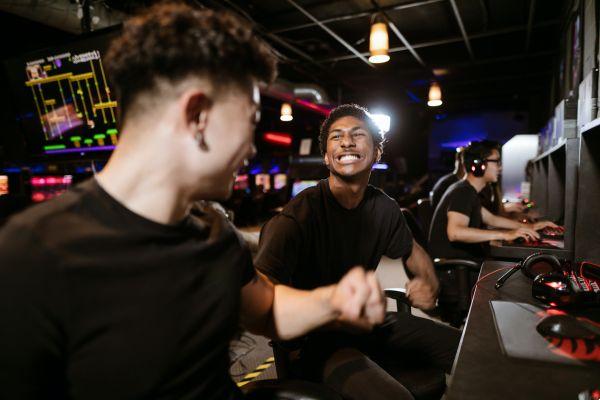 This question is probably the first that comes to mind. The answer is yes. Think about it: just like you, other players build and upgrade their gear. So they're willing to sell their PC components for far less than you'd pay at retail. Graphics cards can be particularly expensive, so buying one cheap graphics card with another player can be very useful with a limited budget. After all, a used item doesn't mean it's broken.

Today it is much easier to build a gaming PC because there are unlimited resources on how to do it. Second-hand markets can be a veritable gold mine for finding cheap GPUs, RAM, hard drives, and other PC parts.

Don't feel up to it? Buy a pre-built gaming PC

Feel like building a PC isn't for you? This is quite understandable. Building a PC from scratch requires extensive research and technical knowledge. Many components need to be compatible with each other, and knowing all the ins and outs can seem overwhelming. But it does not matter. Everyone has different strengths and areas of expertise, and building a PC might not be one of yours. But you still want a high-end desktop PC that can run the latest games on ultra settings, right? So how do you get one?

You can read, research, and educate yourself on how to build a desktop computer. You can also buy a cheap gaming pc already built. There are plenty of options to choose from, and you can find great builds to suit your budget.

PC gaming is no longer limited to desktops

The Nintendo Switch has sold over 114 million units worldwide. This nifty little console proved you could have popular games anywhere you go, and gamers were instantly won over by its concept. And then Valve saw an opportunity there and released a Steam Deck, a portable device that lets you take your entire Steam library with you. What more ?

Steam Deck is not a gadget like Google Stadia. It is a well-crafted gaming device that allows the use of the latest games like CoD: Modern Warfare II or God of War. It's a worthwhile investment for any gamer, especially considering that the prix du Steam Deck is sometimes lower than that of a high-end PC, while the console plays the same role.

Even with unlimited guides, building a PC can feel like climbing a mountain. You need to consider your budget because getting cutting edge parts won't come cheap. Nevertheless, it is possible to build a PC on a budget by buying used PC parts. And if this task seems too much for you, you can easily buy a cheap gaming PC from other gamers. The options are many, you just have to choose the best one.

add a comment of Is it possible to build a gaming PC on a budget? Second-hand markets can help you