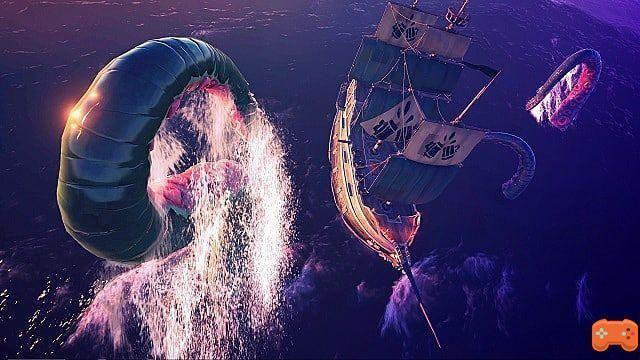 Sea of ​​Thieves, Rare's gripping pirate action-adventure game, was released for PC and Xbox One in 2018. Currently, it's playable on those platforms as well as the Xbox Series X|S. But is it on PS4? Will it ever come to PlayStation 4 or PS5?

The short answer to both questions is that Sea of ​​Thieves isn't on PS4, and probably never will come to PlayStation 4 or PS5. That's because Xbox Game Studios owns Rare, and the likelihood of an Xbox Game Studios title ever being released on a Sony platform is almost non-existent.

As reported by GamesIndustry.biz in 2019, Microsoft previously allowed games originally released on PC and Xbox consoles to later appear on other consoles to honor "existing commitments" they "do not intend to develop further. [their] exclusive proprietary games on other consoles. »

Since then, Microsoft has stuck with it in an effort, no doubt, to bolster its proprietary lineup, which has been criticized as lacking for some time. Titles like the upcoming Starfield, which is in development at Xbox Game Studios subsidiary Bethesda, will be exclusive to PC and Xbox consoles when it launches in late 2022.

Microsoft's tactic comes as no surprise at all, given that very few Sony exclusives have been released on PC. The PC port for Bend Studio's Days Gone released earlier this year, and the PC port for Guerrilla Games' Horizon Zero Dawn released on August 7, 2020.

It is highly unlikely that they will ever be released on an Xbox console.

Audio Video Is Sea of ​​Thieves on PS4?
Seahenge AC Valhalla, how to solve the puzzle? ❯

add a comment of Is Sea of ​​Thieves on PS4?