Kayane will soon open her own tea room in Paris! 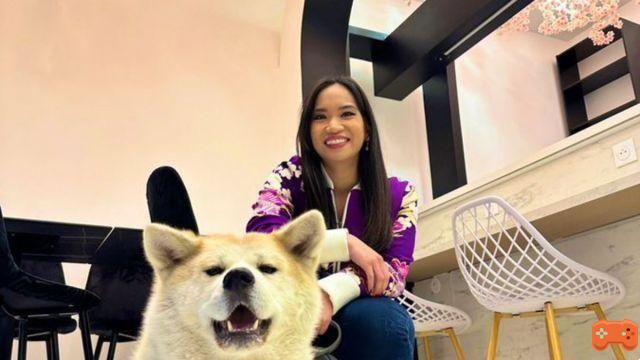 Fighting Games Champion, Seem now reveals a project she had been working on for some time in secret.

She is preparing to open a tea room in Paris. The living room " At Yumi's will open in January 2023. We can't wait!

A Japanese tea room by Kayane

Marie-Laure Norindr, alias Seem, is a famous player of fighting games like Street Fighter or SoulCalibur. She is also a fan of Japanese games and culture.

Today, she announces that she has worked to create her own japanese tea room . " At Yumi's »! Yumi is the first name of his dog, which is also borrowed from Japanese and means “bow”. The Kayane tea room will be located in the 11e district of Paris, and should open very soon.

I've been working on a secret project for a few months? I can finally announce it!!!

I'm opening my Japanese Tea Room! ?
Work is progressing well, it will be open in January! ?

According to Kayane, the salon should therefore open as soon as January 2023. She wants to make it a friendly place, conducive to the organization of events and meetings.

We look forward to this next opening! Of course, we will tell you more as soon as possible and as soon as the official opening date is announced.

While waiting to sip a good Japanese tea, don't hesitate to follow Kayane on Twitter, or her Twitch channel.

Disney Dreamlight Valley Free 2023, can there be a free-to-play player on its final release? ❯

add a comment of Kayane will soon open her own tea room in Paris!