Mauer der toten secret, how to make the Easter egg of the Call of Duty Cold War zombie? 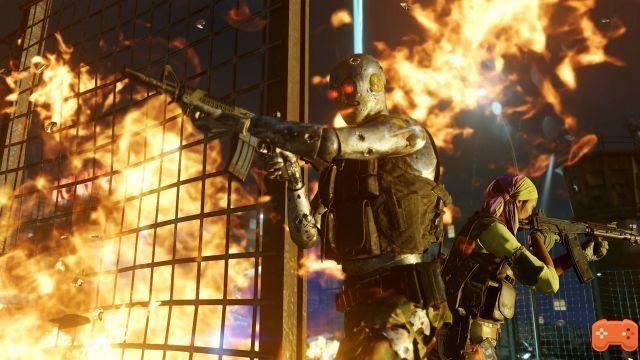 With the release of Season 4 Reloaded on Call of Duty: Black Ops Cold War et Warzone players can now take advantage of the game's many additions. Among these new features is a new map for Cold War's Zombie mode: Mauer der Toten. The opportunity for players to travel to Berlin and discover an exclusive secret.

We explain here how to make the secret of Mauer der Toten, the new Zombie map for Call of Duty: Black Ops Cold War.

How to make the secret and the easter egg of Mauer der Toten on Cold War?

The steps to follow to do Mauer der Toten's secret on Cold War are quite long. Indeed, before embarking on the pursuit of the easter egg, players will have to obtain two essential elements: improved Klaus and the special weapon CRBR-S. It is also advisable to carry out all its steps with several people so that it is easier.

Once these two elements are in hand, players can embark on the realization of the secret of Mauer der Toten on Cold War. To do so, you must follow the following steps.

To know the different locations of the objects to obtain and to have the details on each of the steps, do not hesitate to watch the Flapix video.

To not miss any Cold War and Warzone news, do not hesitate to consult our portals dedicated to Call of Duty.

Audio Video Mauer der toten secret, how to make the Easter egg of the Call of Duty Cold War zombie?
Medimist Fortnite, where to find the object and what is it used for? ❯

Best LC 10 class on Warzone and Cold War, accessories, perks and joker for Call of Duty

Cold War floppy code on Call of Duty, how to get it for Operation Chaos?

Call of Duty Warzone: Error codes, solutions to fix a bug or a problem on Modern Warfare

add a comment of Mauer der toten secret, how to make the Easter egg of the Call of Duty Cold War zombie?