Diablo Immortal continues content updates with the 1.7 Terror's Tide, the Surge of Terror. This new patch brings a lot of new things, whether it's balancing, new modes, new gems and a new area.

The Surge of Terror, or Terror's Tide, is one of Diablo Immortal's biggest content updates since its release in June 2022. Here's the full list of what's new, from the new zone to the new gems.

We will, in this article, offer you a full list of Diablo Immortal changes. We will offer you a summary of each addition, if you want to have the details of the changes do not hesitate to visit the official website.

A whole new area will be available: the Stormy Relay, also called Stormpoint.

This new area will require you to be level 60 and have difficulty hell 3 unlocked. Finally, you will need to complete the quest line star sign. Once you've done that, you can head to the Storm Relay, an island secret, having served as a prison. A dark place beaten by the rain all day long where a Cult of Terror besiege him keep to find a terrible treasure: the biggest fragment of Pierre-Monde ever discovered.

You will find a new main story quest and many new monster types. You can find an overview video from the developers.

A new event is appearing for the holidays: Brumaltine ! From December 14 to January 3, return to Ouestmarche to find out what gifts await you. If you want to know more, do not hesitate to read our article on Brumaltine.

Five new bosses will be added to the infernal reliquary:

Le Reliquary also has some changes, including a new Infernal Reliquary of Void Demons. You can access it by completing The Chain Breakers quest..

Here are some examples of changes. If you want to know more, visit the Official website.

Le Referral was added in Diablo Immortal. It will be available from 14 December at 11 January. To take advantage of this system, go to your less sponsorship to find a Referral Code. If you share your code to a character with a level less than 20 and who finished the introduction of Diablo immortal, you will be able to enter the reward system. You can sponsor 3 people. 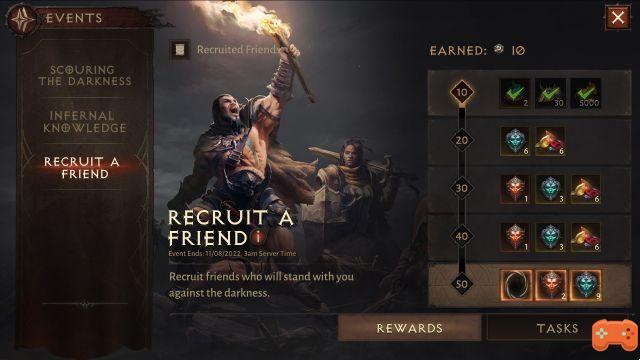 As soon as a person passes certain levels or if you play with them in instanced PvE, you will receive a shower of rewards, including Legendary emblems.

A new market with a new currency, the obols, is available. These can be purchased with eternal orbs. Market is only available until January 11. 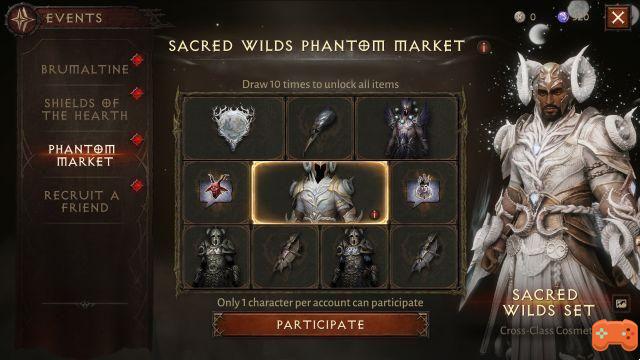 Using obols allows you to participate in a lottery that will give you random rewards. If you have participated 10 times, you will have obtained all Market rewards, the company a set.

Modification on the drop rates of the legendaries:

Le Monk also received a lot of balancing, including a lot of positive tweaks and buffs. The and Vithu's Desire has also been changed. Visit the Official website for more details.

The immortal will no longer be able to run during the encounter without stopping. A stamina bar will force him to fight. A highly anticipated change that will do a lot of good for this event.

The Grakkinski Ensemblen is now available in the shop for 1000 Eternal Orbs. Here is an overview: 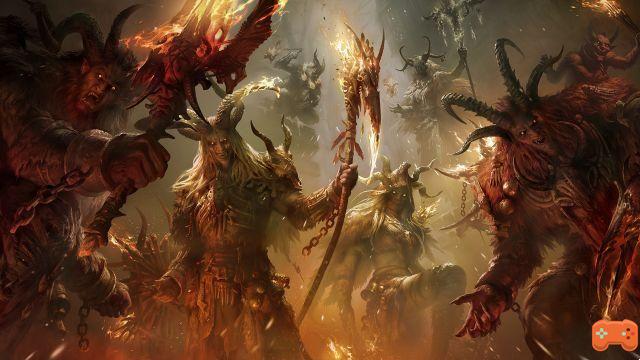 The changes brought by this update are colossal. We have chosen to offer you a summarized version of the list of novelties and there was already a lot to say. Feel free to visit the full list of changes !

Hearthstone Arm wrestling deck, which cards to choose for the battle of the banished? ❯

add a comment of New Diablo Immortal Update, All About Terror's Tide