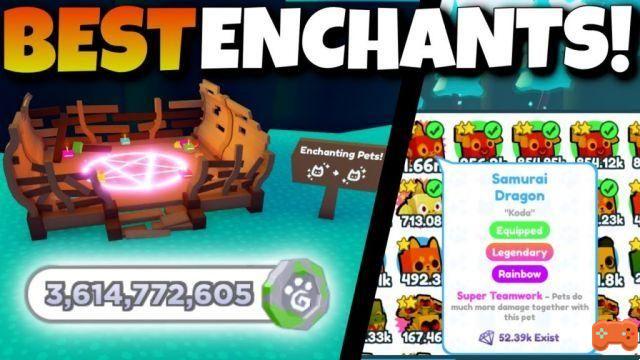 Pet Simulator X game Roblox It's about players acquiring eggs, which they can fuse together to make better pets. Certain pets, such as legendary pets, carry a unique power called an enchantment. Players can enchant their pets through the enchantment circle.

*Standard Enchantment: their peculiarity is that they are enchantments that have only one level and cannot be updated:

*Leveled Enchantment: The primary feature of these enchantments is that they can be upgraded up to 5 levels:

*Unique Enchantments: the peculiarity of these enchantments is that they are produced in the pet's egg: