PS Plus: The subscription is on promotion and 17 new games are coming including Yakuza 6, Shadow of Mordor and Far Cry 5! 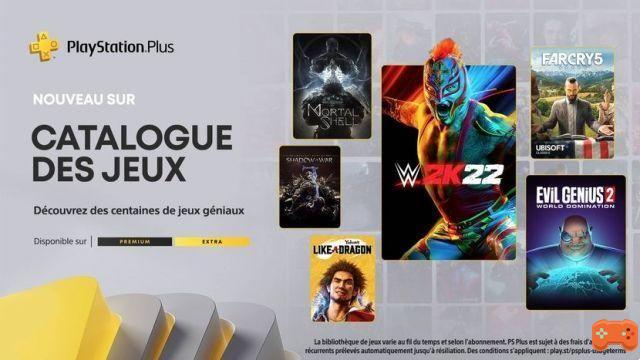 For several years, PlayStation was unable to compete Xbox with its Game Pass which was far too full. But with the changes made to PS Plus, the Japanese company hopes to be able to catch up on the American competitor!

So, on the occasion of Christmas and the end of the year celebrations, the PS Plus benefits from several interesting offers! Indeed, you not only have the right to a promotion if you take out a 1-year subscription to PS Plus. But you can also enjoy 17 new quality games if you opt for the Extra formula!

PS Plus on sale until December 23!

Let's start by talking about the promotion we just told you about. The first thing to know is that you won't really have time to procrastinate. In fact, you can only use it until December 23.

In addition, it is important to note that this only concerns subscriptions for a period of 1 year. However, the discount is interesting and we let you discover the different offers below.

If you have opted for the PS Plus Extra or Premium formula, you will also be able to take advantage of big additions. Yesterday evening, these are 17 new games that have joined the catalog and not least.

Indeed, there are some very well-known video game licenses like Far Cry, Yakuza or Lord of the Rings. Again, we invite you to discover the complete list of games that are now available in the PS Plus below.

In addition to the big licenses that we mentioned before, we also have the right to other very good games. This is for example the case of The Escapist 2 or Pillars of Eternity 2 which each received very good ratings whether from the press or the players. Something to occupy your winter evenings.

Proto-dragon scale in perfect condition in Wow Dragonflight, where to find it? ❯

add a comment of PS Plus: The subscription is on promotion and 17 new games are coming including Yakuza 6, Shadow of Mordor and Far Cry 5!