Pokemon Scarlet and Violet is available from this Friday, November 18 on Nintendo Switch and as with previous games, you will be able to access many activities such as treasure hunts, arena champions to face or even raids.

Among all the raids that exist in these two opuses, we find 7 star raids which are the highest. Some players are wondering how to unlock access to these special dungeons, so we are going to tell you how to access them.

How to get access to 7 star raids in Pokémon Scarlet and Purple?

If you want to access 7-star raids in Pokémon Scarlet and Purple, well, you will first have to unlock the 5 star and 6 star raids. Here's how to do both.

To gain access to 5 star raids, you will have to win the Grand Tournament of the Academy which is unlocked after completing the story of the game. After winning this tournament, you will receive a call from Professor Jacq who tells you that new raids dangerous are appearing all over Paldea. These famous raids are steep 5 stars.

After clearing ten of these 5 star raids, you will receive a new call from Professor Jacq letting you know that 6-star raids in the form of Black Crystals are now available on the map.

Once 6 star raids unlocked, you will also have access to 7-star raids during specious events which are actually 6-star raids in an altered form. For more information on upcoming 7-Star Raids available, you can follow Pokémon Spain's Twitter page (source) or check the in-game notifications who will inform of the next appearances. Finally, we remind you that Pokémon Scarlet and Violet has been available since November 18 on Nintendo Switch and that, as in previous games, you will have to choose a starter pokemon et build a team around your Starter.

Join the community CreamofGames on Discord, come and ask your questions about Pokémon while being informed of our latest articles! 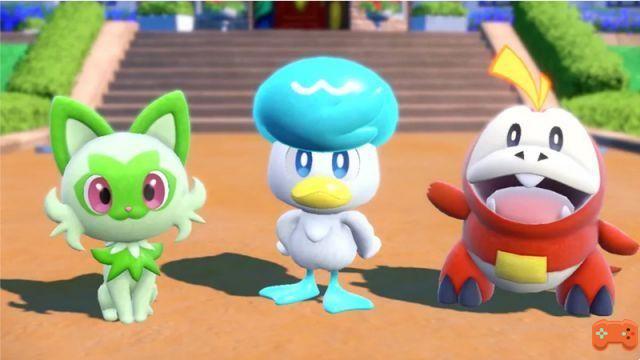 add a comment of Raid 7 Star Pokemon Scarlet, how to unlock them in Violet?