Regan AC Valhalla, how to beat this boss? 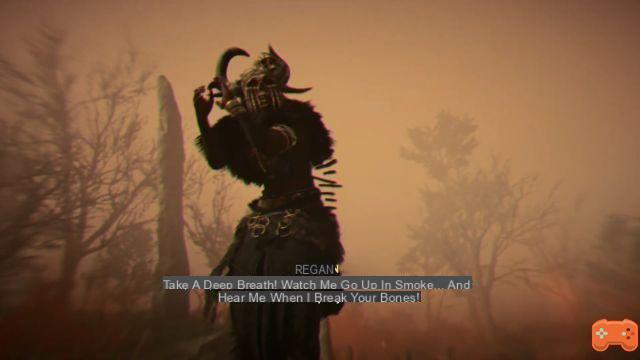 Regan AC Valhalla, how to beat this boss? Find in this guide how to beat Regan in Assassin's Creed Valhalla.

Dance Assassin's Creed Valhalla, you have the possibility to recover a unique armor set dedicated to Thor, the Norse god of thunder. To recover it, you must kill the three daughters of Lerion and among these three girls, there is one named Regan. Find below where you can find it but also our advice to beat it.

How to beat Regan in Assassin's Creed Valhalla?

First of all, you should know that you find Regan at Rocher de Walsham (Walsham Crag) en East Anglia at the location below marked by a kind of blue helmet. 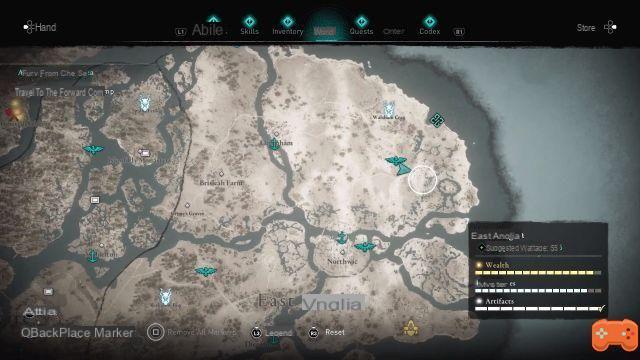 On the spot, approach the dead man to have a cutscene and thus make Regan appear.

The confrontation is quite difficult because she is really fast. To beat her, you can take a light weapon in order to be faster and so dodge attacks more easily.

Ideally, remember to be at the level of power of 160 and to have taken the skill Deceives death in the way of the raven. This skill allows you to slow down time if you have dodged an enemy's blow.

In terms of these attacks, they are not too original. It has 3 different types:

Think of observer l'aura around her, when she is redIs an unstoppable attack et yellow for a parry attack.

From 50% of these health points, his clone will create zones of fire and she adds a rush attack where she will grab you to knock you to the ground.

As soon as you beat her, you get the Breastplate of Thor and Regan's Dagger.

If you want to know more about this matchup, you can check out the video below from GeekTest.com.

Audio Video Regan AC Valhalla, how to beat this boss?
Queen of the Fortnite cube, where is the boss in season 8? ❯

add a comment of Regan AC Valhalla, how to beat this boss?