Release time High on Life, when is the game from the creator of Rick and Morty coming out? 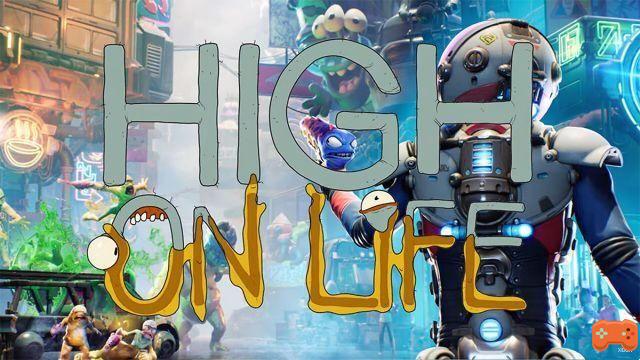 If you like the world of Rick et Morty and FPS, then High on Life is a game made for you. Developped by Squanch Games, the game comes from the imagination of Justin Roiland who is known for his work on the Netflix series.

The game is officially released on PC and Xbox consoles on Tuesday, December 13, 2022. But what time will it be possible to play it?

What is the release time for High on Life on Steam, Xbox and the Epic Games Store?

If you want to buy the High on Life game, you can go to Steam, Epic Games Store or the Xbox Games Store. We do not know the exact release time on the Xbox and Epic Games platform, however, for Steam, the game should be available from 6 hours, on Tuesday, December 13, 2022.

"Freshly out of high school, with no job or ambition, you really have nothing going for you until an alien cartel intent on taking aim at humanity invades Earth. Accompanied by your charismatic talking weapons, you must answer the call of adventure and become the deadliest intergalactic bounty hunter the cosmos has ever known. »

Several activities await you such as saving and finding new weapons, traveling to new worlds, improving your skills with your weapons and many other activities.

About the developer studio: Founded in 2016, Squanch Games develops comedy games for multiple platforms. Led by Justin Roiland, co-creator of Rick & Morty and Solar Opposites on Hulu, the studio is on a mission to create immersive content that gamers can lose themselves in for hours.

Diablo 4 release date, when is the game coming out? ❯

add a comment of Release time High on Life, when is the game from the creator of Rick and Morty coming out?