Scrims Fortnite EU, how to participate in Open and Aura? 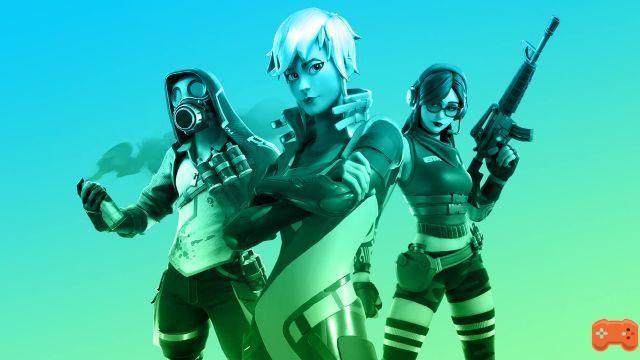 Scrims Fortnite EU, how to participate in Open and Aura? Official scrims will be organized directly in Fortnite in Europe!

The Epic Games team is getting more and more involved in competitions on Fortnite lately, as shown by the tournaments organized much more regularly than in previous seasons.

In addition to tournaments, the publisher wishes to offer pro players a more competitive environment outside the Arena, through organized official scrims in Fortnite. We explain how to participate!

How to participate in scrims in Fortnite?

From April 27, 2021, official scrims are going to take place in Fortnite. It will start from simples tests, open only to players in europe, without cashprize or official result. This testing period will take place for approximately two weeks, with the possibility of extending or shortening this period according to Epic Games' needs.

To participate, simply go to the " Competitions of the game, as for the other tournaments. You will also have to answer the conditions specified below !

Players will be divided into two groups of scrims:

As you will have understood, you will have to meet these conditions to be able to participate in one of the two groups of scrims! However, it will still be possible for best open league players from qualify for Aura Scrims next week.

Attention, Epic Games specifies that the inactive players or too low results during the Aura Scrims will be demoted at the Scrims Open the following week!

For the time being, no schedule was given by Epic Games. We just know that the first session will start on April 27, and that there will normally be 3 per week.

add a comment of Scrims Fortnite EU, how to participate in Open and Aura?