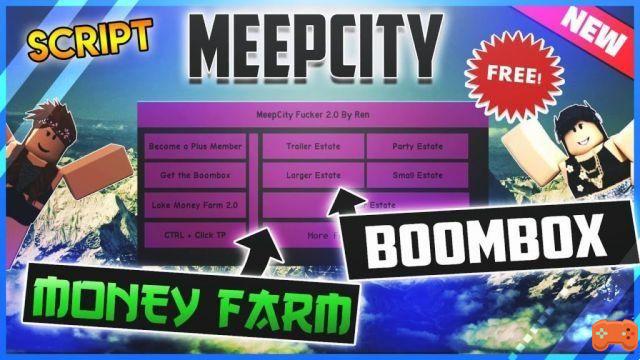 MeepCity is a popular online game, where thousands and thousands of players connect daily to carry out different activities. On certain occasions we will need enough coins to purchase items in the store or be PLUS players to access all the advantages of MeepCity. In the next installment we bring you everything related to the script for MeepCity by Roblox.

If you want to get extra help in the MeepCity game, and in this way be a PLUS player or have countless coins, you are in the right place, since we are going to teach you point by point how to install a Script in MeepCity.

Carrying out these steps we will get the Script for the MeepCity game, and get all the advantages of the game. There are other scripts that we can employ, certain scripts may be disabled by some new game update.

Next, we are going to have a series of Scripts to be used in the MeepCity game and in this way have infinite coins, PLUS membership and many other benefits.