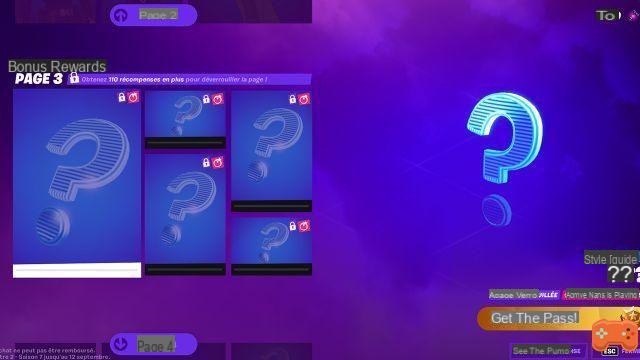 Season 7 Chapter 2 of Fortnite is finally available, and a brand new battle pass has been released! It includes many skins, including those of Rick and Morty, but also those of Superman which will soon be unlocked.

But that's not all, since a category " Bonus Rewards is to be discovered in this new pass, and this one is not complete! Three pages of skins have not been revealed, but it could be Super Styles de skins already present in the past!

What will be the Battle Pass bonus skins in Season 7?

If you go to the new battle pass in Fortnite season 7, you will discover a tab “ Bonus Rewards ". These are skins to be obtained once you have unlocked all the cosmetics of the classic battle pass!

Composed of five pages, only two of them have been revealed to all players. The other three remain mysterious for the time being, and will only be revealed only in 16 days. However, according to a dataminer, these pages may well contain Super Styles de skins part of the battle pass.

The Mystery Bonus Rewards on the Battle Pass tab will probably be Super Styles for the existing Battle Pass skins!

At least that's what a file in the game files suggests! pic.twitter.com/kpheHjpi9k

We'll have to wait 16 days to find out what they actually contain. To unlock them, a condition must be met: have obtained a certain number of rewards from the battle pass beforehand.