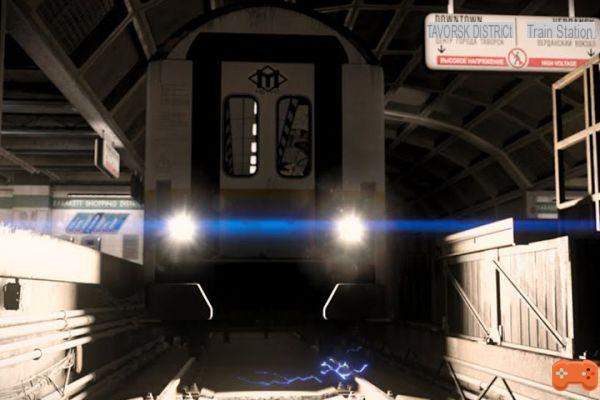 About a week ago the metro arrived in Warzone with the introduction of Season 6 of Call of Duty: Modern Warfare. A few days later the first players discovered a secret allowing access to a new station.

From the town hall tables to the secret station, including the access code, we explain everything about this new Warzone secret.

How to access Warzone secret subway station on Call of Duty: Modern Warfare?

To access Warzone's secret metro station, you will first have to follow certain steps and enter codes. It is advisable to do it in pairs to have a better chance of succeeding. Follow the steps below to unlock access to the secret station.

Be careful though, once the riddle has been launched the doors of the town hall will close and you will have 2 minutes to enter the code in the computer before dying of gas. Once the second code has been entered, you will need go to the airport metro station and activate the computer there in the back room. Once done the display indicating the destination of the next train will blur and be the sign that the next car will take you to the secret station.

Once in the secret station, players will have access to many weapons, loot and advantages such as the specialist bonus, not to mention a lot of money. To get out of the secret station it will be necessary activate the computer in the control room which will restart the metro.

Audio Video Secret metro Warzone, the solution for town hall tables on Call of Duty: Modern Warfare
Secret forgotten Forsaken Zombie Cold War, how to do it on Call of Duty? ❯

Best LC 10 class on Warzone and Cold War, accessories, perks and joker for Call of Duty

Cold War floppy code on Call of Duty, how to get it for Operation Chaos?

Call of Duty Warzone: Error codes, solutions to fix a bug or a problem on Modern Warfare

add a comment of Secret metro Warzone, the solution for town hall tables on Call of Duty: Modern Warfare