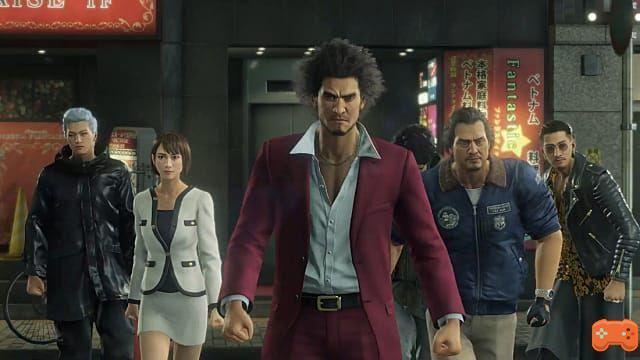 Following the English reveal of Yakuza 7 (Yakuza: Like a Dragon) as part of Summer Game Fest, IGN has confirmed that Yakuza 7 will receive a PlayStation 5 version and a star-studded English voice cast. There's also a slick new Yakuza 7 trailer showing off that voice acting.

Yakuza 7 is set to launch in November on PlayStation 4, Xbox One, and PC via Steam and the Windows Store. The Xbox Series X version of Yakuza 7 has a vague holiday release date as the XSX launch title, but the PlayStation 5 version is just confirmed for "a later date."

Sega also told IGN that it was working on an "upgrade path" similar to Microsoft's Smart Delivery system and in line with what we know about Sony and other developers' approach to a delivery concept. intelligent PlayStation 5.

When Yakuza 7 launches on next-gen platforms, it will be the same price as current-gen games, $59,99 – no price increase is planned for this next-gen game at least.

Besides being the first turn-based Yakuza game, Yakuza 7 is also the first in the series to feature an English voice-over. However, Yakuza Localization Team Leader Scott Strichart confirmed on Twitter that Yakuza 7's dual audio will be a thing, with lip-sync changes to match the voice options you're playing with.

Although the Microsoft Store currently has a Yakuza 7 release date of November 13, there has been no official release date announcement yet. However, pre-orders are currently open. Stay tuned to GameSkinny for more Yakuza 7 news as it develops.