Skin Kymera Fortnite, how to change it and number of combinations? 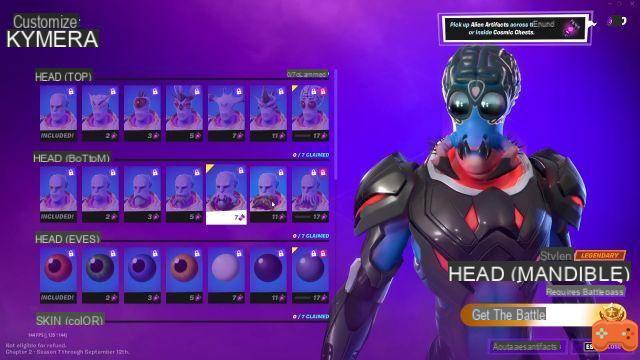 Skin Kymera Fortnite, how to change it and number of combinations? Season 7 of Fortnite is finally here and with it, you will have access to a lot of new features including a modifiable skin named Kymera.

Season 7 Chapter 2 of Fortnite is finally available since this Tuesday, June 8 and with it, a lot of new arrivals have arrived. You can have access to new weapons, new cities, new skins, but also the return of old objects like the springboard and the mattresses.

Among the new skins, we find one named Kymera which will be changeable as for the Maya skin in season 2 of chapter 2.

How to get and modify the Kymera skin in Fortnite?

For those who would like to acquire this brand new modifiable skin within Fortnite, you are going to have to get the season 7 battle pass, since it will be contained within.

Once in your possession, the skin is modifiable, and to change its appearance, you will have to obtain alien relics which you can collect by opening cosmic chests and exploring the map. You will then have to exchange a number of these alien artifacts, against parts of the skin that you wish. 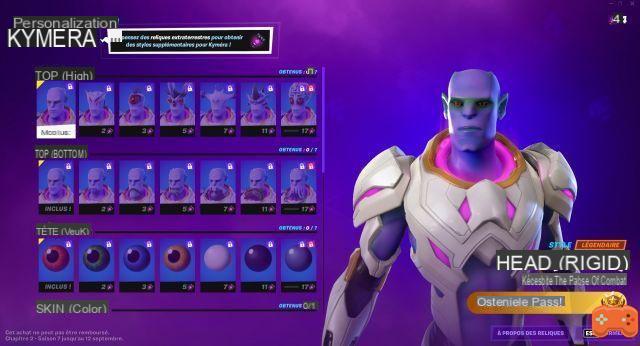 You will be able to modify his head, the lower part of his face, his eyes, his skin color, the color of his outfit, his tattoos, the emblem and the shine of his outfit. In total, over 800 combinations are possible!

As a reminder, the battle pass is available at 950 V-Bucks or about 7,99 euros since you can get 1 V-Bucks at that price on the Epic Games Store.

Audio Video Skin Kymera Fortnite, how to change it and number of combinations?
Skin Lazarbeam, how to get it for free in Fortnite? ❯

add a comment of Skin Kymera Fortnite, how to change it and number of combinations?