Skin Lebron James Fortnite, how to get the outfit? 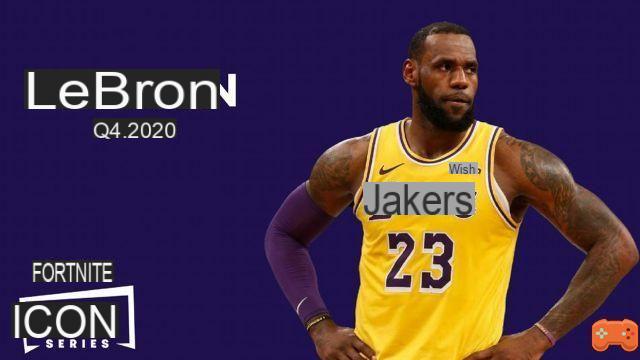 Skin Lebron James Fortnite, how to get the outfit? A Lebron James skin should soon be released in Fortnite! We explain to you how it will be possible to obtain it.

The Lebron James skin will be in the in-game Item Shop from July 15.

The legend of LeBron James makes his debut in the Icons series of Fortnite. https://t.co/d7h4JCK0Aq pic.twitter.com/iswxoK9RwS

Several months ago now, Epic Games launched the Icon Series in Fortnite! It allows you to highlight certain creators of game content, or simply personalities such as Harry Kane and Marco Reus.

This time, it's the turn of a famous basketball player to join the Series, and to have the right to his own skin in the game ! It is Lebron James, and we explain to you how it will be possible to obtain his outfit.

How to get the Lebron James skin in Fortnite?

According to various leakers, the next person to join the Fortnite Icon Series will be basketball player Lebron James ! As for his predecessors, Lebron James will have the right to own in-game skin, and probably other assorted cosmetics.

To get this skin, nothing has been announced yet, since the information is not official. However, Icon Series skins are still for sale in the Item Shop, in exchange for V-Bucks. So you can get it that way on the day of its release!

Sometimes cups are also organized to win the skin in question. It may be possible to participate in a Lebron James Cup and unlock the skin for free!

We'll update this article to let you know when we know more, and when Epic Games officially communicates about the release of this skin.

add a comment of Skin Lebron James Fortnite, how to get the outfit?