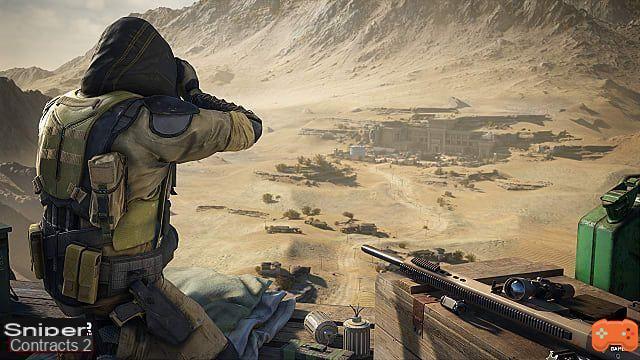 As expected, SGWC2 will take advantage of the hardware capabilities of the PlayStation 5, offering faster loading times, increased resolutions and more refined textures compared to its PS4 counterpart. The PS5 version will also feature fidelity (visual) and performance modes, allowing players to switch between 4K 30fps and 2K 60fps respectively.

Of course, SGWC2 will use haptic feedback and adaptive triggering technology from the DualSense controller.

Those who already own Sniper Ghost Warrior Contracts 2 on PlayStation 4 will be able to upgrade to the PS5 version for free. The PS5 digital upgrade will also be available starting August 24.

As we previously reported, the upcoming SGWC2 DLC will also be free for all players, even those not on PlayStation platforms. The DLC doesn't yet have a release date, but CI Games said it will include a new region, bringing the total number of regions in the game to six, as well as new objectives and contracts.

We reviewed SGWC2 earlier this month and gave it high marks for its "phenomenal and realistic sniping, varied and exciting levels, and compelling progression system". While we admit it "could have used more polish", SGWC2 is well worth the time and "so damn good".

Audio Video Sniper Ghost Warrior Contracts 2 infiltrates the PS5 in August
Mythical sniper on Fortnite in season 5, how to get it? ❯