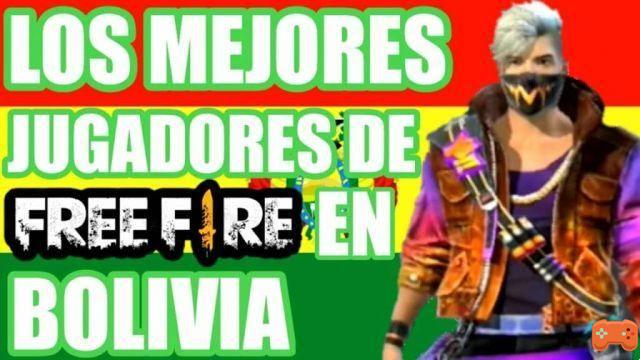 Garena Free Fire It has become popular in recent times for being a huge game that attracts millions of people around the planet. This great interest and fanaticism has made many players want to be the best on the battlefield.

Do you want to know who is the best Free Fire player in Bolivia? Since don't worry! Since, soon we are going to be telling you about one of the most distinguished players of this renowned title of the battle Royale genre. Let us begin!

For many players, Akiles It is one of the best on the planet of free fire, nationally and internationally. He stands out for being one of the best youtubers in Bolivia, creating and generating gameplay content for YouTube about the Free Fire video game console. In addition to this, he is a huge PC gamer, and for this reason he uploads videos of his games to his channel.

In his beginnings he began to play under the name called "Carlitos”, however over the years he changed it to the one he uses today. In each and every game the growth of his abilities as a player has been recorded, using innovative techniques and applause by the fans.

On the other hand, Akiles was a 24K team member, where the leader was ArturoR15, since he performed with amazing speed and agility that made him worthy of a place in this team. In this sense, he earned a huge reputation as a Pro Player in Bolivia.

Some curiosities of Akiles

Best Ship in Build a Ship for Treasure ❯

How to Get Free Clothes in Free Fire

Descriptions for Free Fire of Love

add a comment of The Best Free Fire Player in Bolivia