The Witcher 3: How to get Henry Cavill's armor from the Netflix series?

A few days ago, we got a next gen patch for The Witcher 3. All new graphics for PC, but also for Xbox Series and PlayStation 5. An upgrade that may have encouraged you to restart the game.

Except that in addition to this graphic update, we also had the right to some small novelties. For example, you can now acquire Henry Cavill's armor in the Netflix series The Witcher! In this article, we tell you how to get your hands on it.

Where to find Henry Cavill's armor in The Witcher 3?

Before embarking on this quest to find the armor from the television series, there are still a few points to clarify. The first is that you will have to advance a little in your adventure.

Indeed, the armor can only be used from level 20. You can get it before, but it will have to wait in your inventory. Then, you will absolutely have to have unlocked access to a particular area of ​​the game to start the quest that will allow you to get your hands on it. This area is the Velen region. 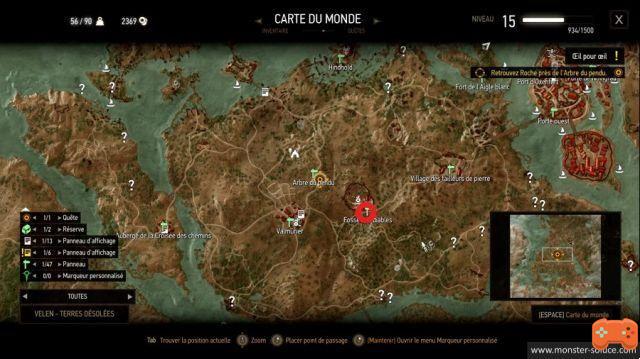 Once you are there, you will have to travel to the fast travel point "Hangman's Tree". This is where you will find an NPC named Eternal Fire Priest. While discussing with him, he will evoke a place, the mines of La Fosse.

This is where you will have to go to complete a quest. So as not to spoil the surprise and the scenario for you, we won't say more. The only thing we will add is that at the end you will receive Henry Cavill's famous armor, or at least the schematics for it.

Because yes, before you can wear it proudly during the rest of your adventures, you will first have to collect the resources required to be able to build it. Last point before leaving, this armor can later be improved. For this, keep following the quest you started to find her in Kaer Morhen.

Zerator roster in WoW Dragonflight, who is in his guild? ❯

add a comment of The Witcher 3: How to get Henry Cavill's armor from the Netflix series?