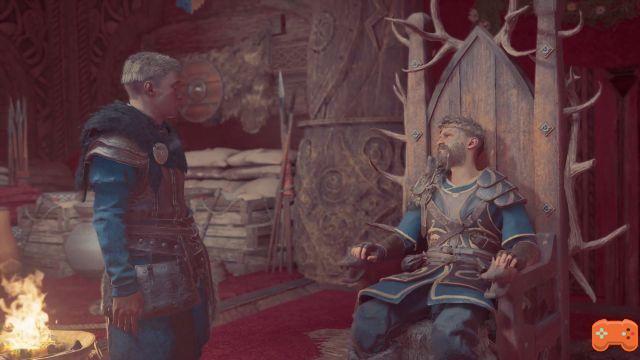 Thorstein AC Valhalla, how to take him by the collar in the wrath of the druids? In Wrath of the Druids, the DLC for Assassin's Creed Valhalla, you will be able to complete a quest called “Snare Thorstein”.

Dance Assassin's Creed Valhalla, you already had access to many quests and they have been further expanded with the DLC Wrath of the Druids available from Thursday, May 13.

Among these new quests, we find one called “ Snare Thorstein » and which you will get after completing the quest « blood bond ».

How to complete the quest "Snare Thorstein" in Wrath of the Druids on Assassin's Creed Valhalla?

After completing the “Blood Bond” mission, you will receive a new quest called “Snare Thorstein”. Once you have him, you will have to track down and bring Thorstein back to the King of Dublin.

The first step of this quest will ask you togo talk to Sichfrith who will be in Dublin and he will send for you after a certain Ama who usually drinks near the docks.

Once you locate her with your crow, she will challenge you in a drinking challenge and you will have to defeat her to get the location of Thorstein's lair. However, you will need steal the key from him to gain access to your target's lair.

After getting the key, head to Dubgaill Harbor and go back to the lair. We advise you to eliminate all enemies both outside and inside the lair. Once all cleaned up, capture and bind Thorstein and bring him back to Barid who will leave the choice of his fate to you. Your choice will have no importance since he will decide in any case to save it out of Christian charity.

If you want to know more about this quest, you can check out the video above from WoW Quests.

Audio Video Thorstein AC Valhalla, how to take him by the collar in the wrath of the druids?
Shoot the soccer ball toy 500 meters as Neymar Jr, Neymar challenges in Fortnite ❯

add a comment of Thorstein AC Valhalla, how to take him by the collar in the wrath of the druids?