When was MeepCity hacked? 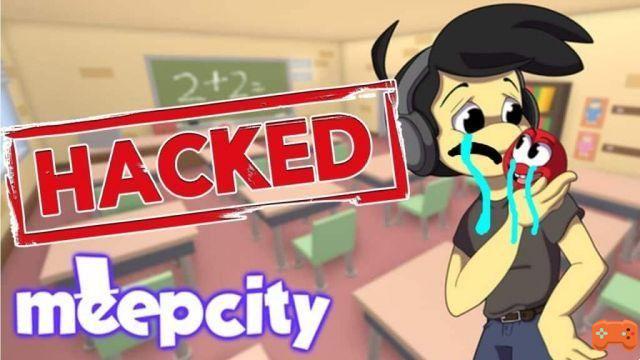 Most of the time hackers only intervene to make a profit of their own, such as infinite life, infinite money, singular powers, etc. But there are times when the hacker alters the entire game, affecting the entire platform. The MeepCity server Roblox was hacked on occasion. Now we will tell you the story.

When MeepCity Roblox was hacked

On one occasion the MeepCity server was hacked by the player Ellernate, creating a serious mishap on the platform. Now we narrate the story of this hack.

It all started in the year two thousand and twelve, when the player Ellernate created a new account on SiteTest3, managing to penetrate the game's administration panel. And he did all this because of a discussion in the game chat with the participants Minish and Merely, since they seized multiple items between them, and then air certain differences.

The platform tried to take control of the situation, and banned the accounts of these 3 players. Immediately some players intervened with the Nick of Pheedy and are17, according to the investigations these two accounts were under the control of Ellernate.

The new players became administrators and took advantage of their hierarchy to unban the accounts of the Minish and Merely players. These players continued hacking MeepCity and among their tricks they managed to lower the costs of multiple items in the store. For example, they reduced the costs of scooters significantly.

On some occasion they managed to release the PLUS membership option, and multiple players got it for free. The hackers went considerably further there and created multiple new items in the shop, such as the face that went by the name C, and it cost 100 Robux.

Only one account managed to acquire this accessory, and that account was also hacked and lost every single asset it had in its inventory. The ScorpioPilot account, apparently innocent of everything, acquired multiple new items taking advantage of the low costs. MeepCity developers removed all these items from your inventory and suspended your account for a term of 6 years.

And the account of the user ReeseMcBlox, was also hacked and they used the account to write offensive messages in the chat to the rest of the players. The player was unable to get his account back until the time MeepCity developers took control of the server.

Finally, the Roblox company managed to take control and they returned everything to normal, they deleted each and every one of the items from the inventories of the players that they acquired at that moment. Certain accounts they considered suspicious got them banned for life, and the MeepCity store removed props that were created by these hackers.

When does the Blox Fruits Update come out? ❯