Who is Akiles Free Fire 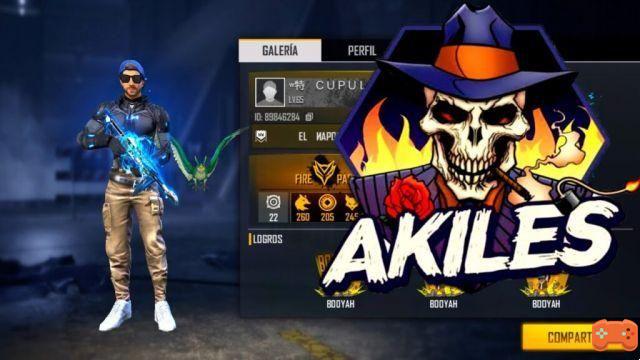 Free Fire is one of the games that brings together millions of people around the planet, those who are deeply interested in the genre of battle royale. This is a game that got to meet talented people, to find who is the best.

Having said the above, you should know who is akiles Free Fire. He is one of the most important users participating in this game for mobile game consoles today. Much is heard about him but not everyone knows where this kid comes from. For this reason, today we are going to explain who is akiles free fire.

Who is akiles free fire? – Everything you need to know

Akiles is one of the best free fire players in South America. This player is one of the main stars of this game that can be achieved within Bolivia. This has caused a lot of hate from third parties. But, this player has been able to sustain himself among the best in the game.

Another of the doubts that we want to answer is which is the authentic Akiles name, because few people really know about it. This well-known boy from Bolivia is better known as Carlos, at least by his relatives and relatives.

On the other hand, Akiles was a 24K team member, where the leader was ArturoR15, since he performed with amazing speed and agility that made him worthy of a place in this team. In this sense, he earned a huge reputation as a Pro Player in Bolivia.

After having had experience with each of the 24K team games, TheDonato invited him to play a duo game, announced by exactly Donato himself on his channel. Some time later, he leaves the 24K team, which gave him the opportunity to thrive in the world of Free Fire.

Some curiosities of Carlos

Who is the Author of MeepCity ❯

add a comment of Who is Akiles Free Fire