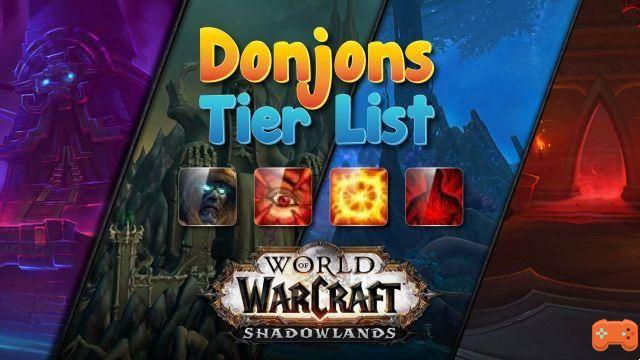 Weekly Blizzard updates dungeon affixes Mythic+ World of Warcraft. Modifiers which, from one week to the next, can completely change the difficulty of a dungeon and of the game. Certain weeks will therefore be more conducive to increasing its key level. The most suitable dungeons for the affixes of the week also change, making some more difficult than others.

So what are the most suitable MM+ dungeons for the affixes of the week? Here we offer you a third-list of best dungeons and classes for this week, according to information provided by the mplus.subcreation.net site.

What are the best MM+ dungeons of the week on World of Warcraft?

This week three affixes have changed while keeping the season 4 affix, Lightning strike, only from level 10. Players will therefore have to deal with the penalties applied by affixes Tyrannical, Detonating et Worsen. With this information in mind, the best dungeons to do in MM+ this week will therefore be the following. The classification goes from easiest (S) to hardest (E).

By taking these affixes into account, it is also possible to establish a list of tank, healer and DPS specializations that will perform best this week.

Note that these lists are based on approximately 1035 runs of MM+ dungeons from level +10 to +20. See you next week for the new best dungeons and classes in World of Warcraft.

Fortnite winter free gifts and skins, how to get them and list in 2022 ❯

add a comment of WoW: This Week's Best MM+ Dungeons, Easiest to Push