Zelda Tears of the Kingdom pre-order, when will it be possible to buy the game? 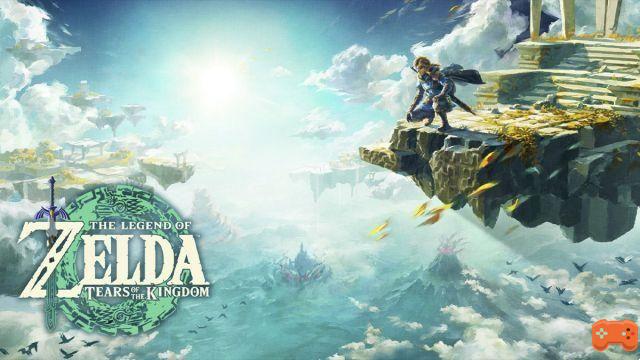 May 12, 2023 is the big date for fans of Nintendo's Zelda license. Players will be able to discover the sequel to Zelda Breath of the Wild. The new licensed game on the Nintendo Switch is called “The Legend of Zelda: Tears of the Kindgom.

The end of year celebrations are fast approaching and de facto, 2023. The days are getting shorter before the release of this long-awaited opus. Several players are wondering if it is already possible to pre-order the game Tears of the Kingdom.

Is it possible to pre-order Zelda Tears of the Kingdom on Nintendo Switch?

For the moment, The Legend of Zelda: Tears of the Kingdom is not available for pre-order. Unfortunately, it is not possible to afford it today for the end of the year celebrations. In addition, we can think that several editions will be available for pre-order, including a collector's edition with unique pieces.

Pre-orders and the content of any editions of the game will most certainly be announced at the beginning of 2023. We will send you the information when it has been communicated by Nintendo.

I have a theory that Zelda tears of the kingdom is already goty 2023. pic.twitter.com/qb89bmUNlZ

Also beware of unofficial sites and resellers who could offer you a pre-order today. We recommend that you check the official Nintendo website.

If you haven't played the first opus, know that Zelda Breath of the Wild is undoubtedly one of the best games on the console and yet one of the first to have been developed. It remains a reference for Zelda games and the Nintendo console.

The development of the sequel to Zelda Tears of the Kingdom began in 2017. It was during the Nintendo Direct for Tuesday, September 13, 2022 that we finally got a release date for this long-awaited game.

Bahamut in Final Fantasy VII Crisis Core Reunion, how to get Materia for summoning? ❯

add a comment of Zelda Tears of the Kingdom pre-order, when will it be possible to buy the game?