Fortnite Arena point system, how does the ranking work? 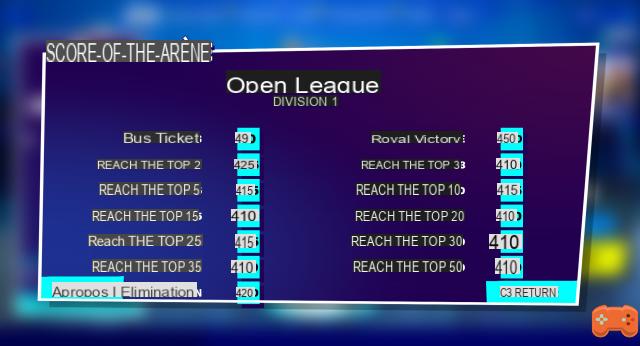 The 7 season of Fortnite started two weeks ago now, and the first patch of the season was released this Tuesday, June 23! It's about patch 17.10, which brought many new features to the game, but not only!

This patch also impacted Arena, Fortnite's ranked mode. Indeed, all players' points have been reset, since the competitive pre-season is over! the point system has also been changed, we explain how it currently works.

How does the point system work in Arena?

This Tuesday, June 22, the official Fortnite competition Twitter account communicated about the Arena mode format, which has undergone some modifications.

The operation is always the same, with divisions and achievement points to be obtained. What changes is at the level of points. Here is the current point format in Arena.

Please note that these points are still subject to modification by Epic Games in the coming weeks.


Audio Video Fortnite Arena point system, how does the ranking work?
Talking Point: Which February 2020 Free PlayStation Plus Games Do You Want? ❯

add a comment of Fortnite Arena point system, how does the ranking work?