The Pokémon Company has announced a new Pokémon animated series that will follow an all-new story arc and characters. Liko and Roy are two beginners who are about to begin their adventures in the world of Pokémon.

The new series will be released in multiple countries in 2023, and will feature the region's first partner Pokémon from Paldea, Poussacha, Chochodile, and Coiffeton, from the Pokémon Scarlet and Pokémon Purple video games that released last November.

A new, unreleased series for Pokémon in 2023

Fans will have the pleasure of unraveling the mysteries of the world of Pokémon, between incredible Trainer battles and fun Pokémon encounters. For the first time, you will not find Sacha and Pikachu but new protagonists who will give a new horizon to the Pokémon universe.

We don't have an exact release date for these new adventures. However, it is slated for release after the current season of the Pokémon cartoon, The Series: Pokémon Ultimate Journeys, airs, in which Ash wins the World Coronation Eight-Master Tournament.

After the historic victory that crowned Ash as the world's best Pokémon Trainer, marking the culmination of 25 seasons of adventures, fans can celebrate his entire journey with a collection of special episodes that will conclude The series: Pokémon, the journeys ultimate.

These upcoming special episodes celebrate Ash's monumental achievement and are Pokémon's thanks to all the fans who have accompanied him on his adventures alongside his partner Pokémon, Pikachu. 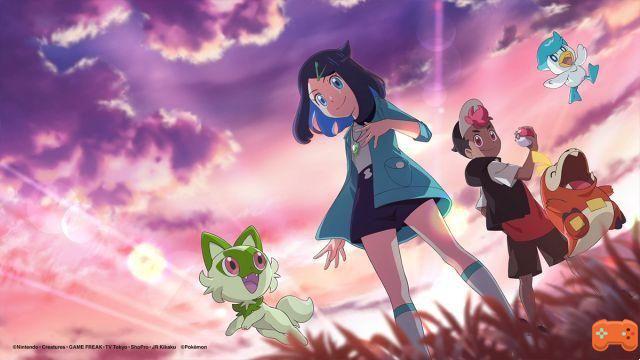 New episodes of The Series: Pokémon Ultimate Journeys air every Wednesday at 11:30 a.m. on Gulli. In addition, after the broadcast of an episode of The series: Pokémon, the ultimate journeys on Gulli, fans will be able to see it again on Gulli Replay.